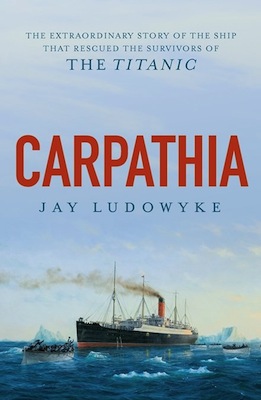 A very unusually structured book. Don’t be put off by its incessant flash-backs and flash-forwards. Once you become used to the author’s innovative technique, it actually becomes quite beguiling. The result is well worth the effort of both author and reader.

This reviewer does not normally like to read “novelised” versions of actual events but, given the author’s intensive and extensive research, that approach works effectively here. She really does know the kind of dialogue likely to have been used by those she quotes.

Apart from its very dramatic and amazingly successful rescue of the survivors of the Titanic disaster, which is very well described here, the Cunard liner Carpathia had a most interesting, albeit fairly short, life. She was eventually sunk by a U-Boot four months before the end of World War I while on convoy duty. The history of a very important and interesting ship and her brave and competent officers and crews is well described here.

Unusually, the author has included a decent glossary, a useful timeline and decent maps. Even the acknowledgements are interesting. That is praiseworthy indeed.