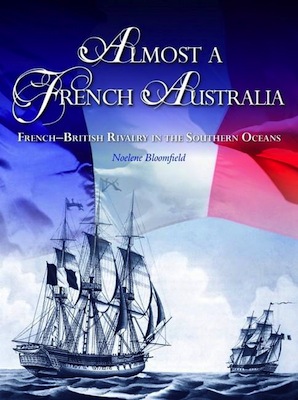 Most Australians have a very vague knowledge of the early exploration of their country. Most know something of Captain James Cook but few have any recollection of the voyages of the Dutch and French voyagers of the eighteenth and nineteenth centuries. They generally have no idea of how close their country came to being, at least partially, a Dutch or French colony.

Very few are aware, for example, that Jean Francois La Perouse sailed into Botany Bay only eight days after Captain Arthur Phillip landed there before sailing a few miles north to settle in Port Jackson. The French, particularly, were very active explorers of the Pacific, Indian and Southern oceans and, indeed, colonisers of island groups in those regions.

In this very carefully and extensively researched, and brilliantly illustrated, work the author lists and describes the voyages of all the significant French explorers. She describes the strategic and political background to their activities and, most of all, explains just how close Australia came to being French.

A fascinating and important work.