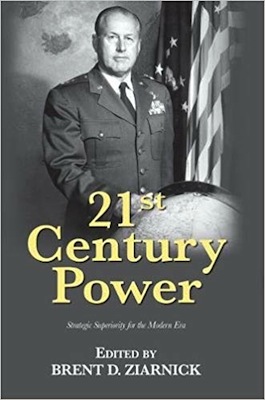 With major leaders such as Trump, Putin and Xi flexing their and their country’s muscles on a seemingly daily basis, the current geo-strategic picture is confusing, to put it mildly. This well chosen collection of essays, provides a clearer view from the standpoint of the United States at least.

Harking strongly back to the Cold War, it re-examines the published views of General Thomas S Power, the third Commander-in-Chief of the Strategic Air Command. Power by name and Power by nature, he was probably the ultimate “Cold Warrior”.

The underlying theme of General Power’s writings was the imperative of the United States maintaining nuclear superiority over the Soviet Union. All that has really changed to that background is that America now has two potentially strong enemies instead of one.

We live in very interesting times. This fine and timely book provides some practical ideas as to how we might survive them.