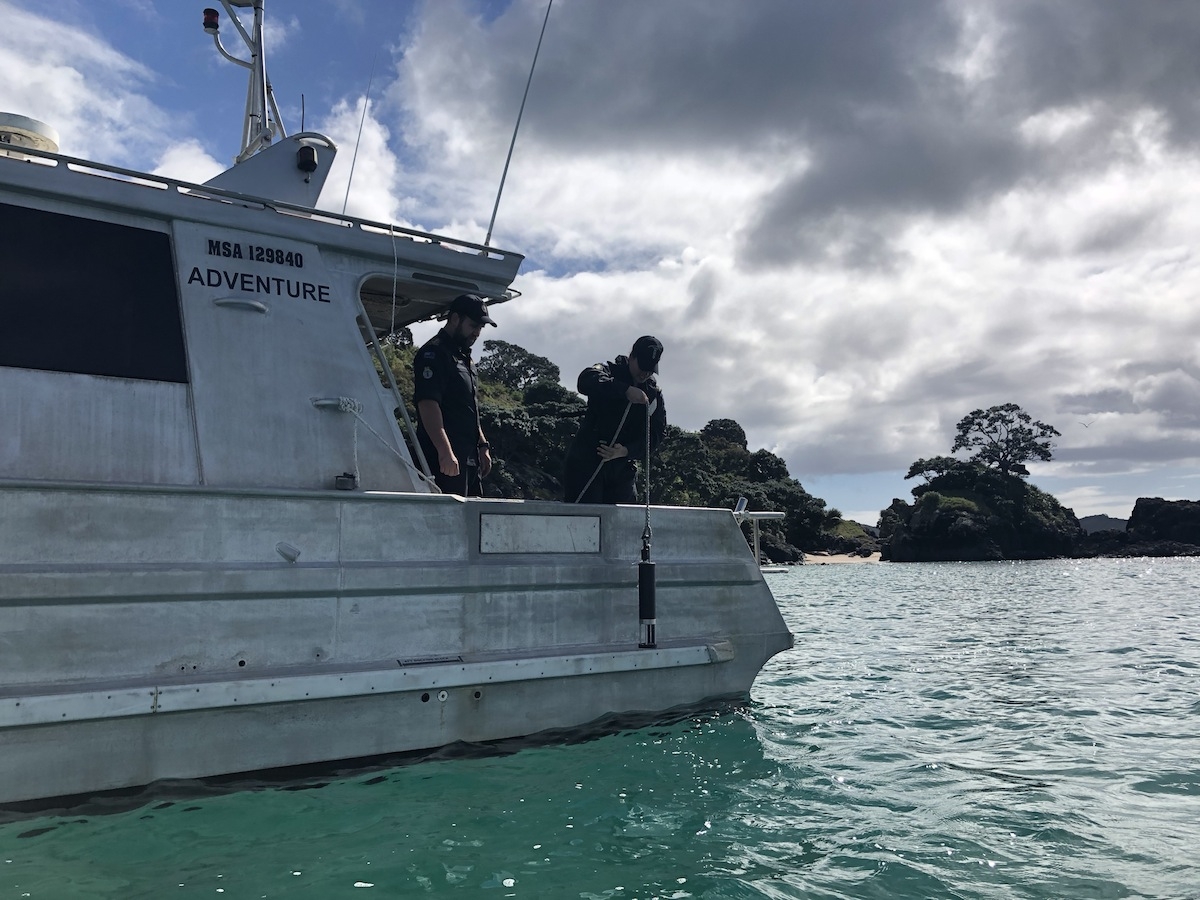 The 10-week training survey, which started in early September and aims to cover about 113 square kilometres, will enhance the hydrographers’ skills in generating military charts.

“Our military hydrographers provide vital information for NZDF ships to operate safely in areas that may be poorly charted.”

NZDF personnel’s hydrography skills were called upon in February 2017, when the NZDF sent eight hydrographers to Kaikoura to survey its sea floor and map the shifts caused by the 7.8-magnitude earthquake in November 2016.

“It is important to be able to determine that ports and approaches are safe to use following a significant seismic event. Roads are often blocked after an earthquake and the heavy relief effort from the sea needs to arrive safely,” Lieutenant Commander Wierenga said.

Although the Cavalli survey was a training exercise, the survey data would also be provided to Land Information New Zealand (LINZ) so that nautical charts for the area could be updated, he said.

The Cavallis are a small group of islands about 30km north of Kerikeri in the Bay of Islands. They were last surveyed in the 1970s by HMNZS Lachlan, resulting in the last significant update of the nautical charts in 1976.

“Cruise ships, yachts, other recreational boats and passenger ships often visit the Cavallis, so it is important that mariners have current charts to refer to,” Lieutenant Commander Wierenga said.

Stuart Caie, Hydrographic Survey Manager at LINZ, said the agency had identified the Cavalli Islands as an “area of moderate risk” because of the types and numbers of ships visiting the area and the age of the current charted data.

“As part of our long-term programme to improve safety of navigation, we look at the adequacy and accuracy of existing charts and see whether they are still fit for purpose,” Mr Caie said.

“Updating the charts for the Cavalli Islands is one of our priorities, and NZDF support for our survey programme has been very valuable.”

“The water-depth data can also be used by other organisations to assess the impact of climate change and produce models to understand the effect of storms, tsunamis and the longer-term rise in sea levels on coastal communities,” Mr Caie said.

NZDF hydrographers regularly gave LINZ access to their data to support the agency’s work in New Zealand and the South Pacific, he said.