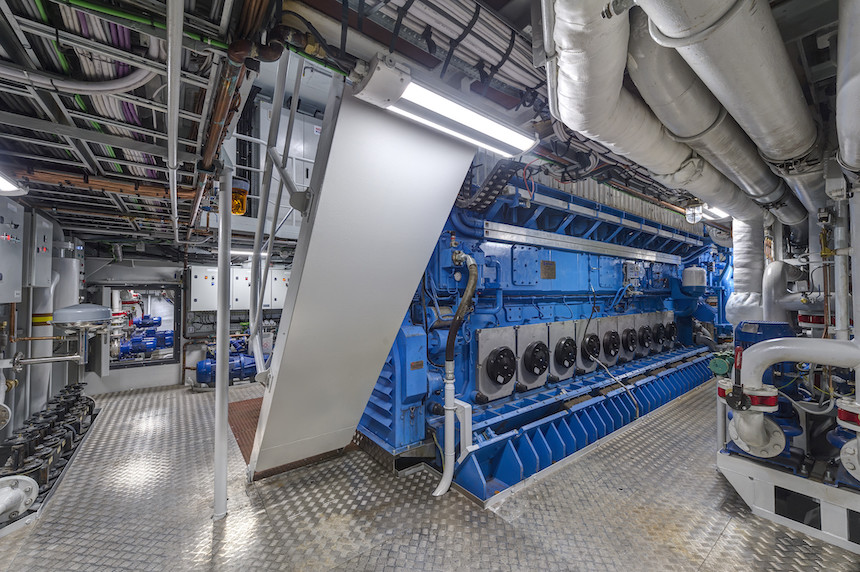 Global innovation in technology is occurring rapidly and there are certainly developments within that have benefited marine engines and propulsions systems. Improving efficiency for the sake of cost and power for the sake of performance are important focuses. Yet, in this modern climate, meeting standards for carbon emissions is the most powerful catalyst for development and research.

The maritime industry is sometimes characterised as being slower to adopt new technology. Likely, the ocean, in its potentially harsh environments, is a teacher of realism and wisdom, and a volatile market place it is too. It makes sense to let new technologies mature before you put them in the middle of the Atlantic Ocean with human lives at stake.

Yet in 2019, the maritime industry contributes to a global effort for environmentally sustainable solutions, continuing to develop innovative propulsion systems.

Hybrid systems are increasingly attractive, reducing costs and emissions with reducing tradeoff in performance. This technology, for example, appears to very positive for ferry services in Northern Europe. Likewise, the limits for battery-powered propulsion appear to be stably expanding. Plans between Corvus Energy and Norwegian Electric Systems (NES) for the production of three new Havila passenger vessels, due January 2021, are evidence of this.

LNG fueled propulsions systems are now normal for newly built cruise ships, in particular. Licenses for new or expanded LNG port facilities are being granted regularly and on every continent. Investments for LNG infrastructure in Africa, alone, are reportedly over $100 billion this year. Details for improved LNG containment and supply also continue to evolve.

Hydrogen powered propulsion technology is positioned to become a reliable and popular solution for ferries. Safety in hydrogen fuel cell power is increasingly proven, and a key player on this front is the United States, specifically California. Golden Gate Zero Emission Marine (GGZEM) is an organisation that intends to have a fleet of zero-emission vessels by 2025. Its first zero-emission vessel, the Water-Go-Round, would be the first hydrogen fuel-cell powered vessel in the United States, and it is expected to begin trials soon.

Orkney, Scotland is also an important player in hydrogen-powered propulsion, as it is already for battery-powered propulsion. Among the Orkney Islands is the EMEC Fall of Warness tidal test site, where engineers are confident they will be able to convert tidal energy into hydrogen energy. This will, in turn, power sea-going hydrogen powered ferries. Ferguson Marine is a player in this region, with funding coming from large companies and organisations, including the European Union.

Hydrogen powered reefer cargo handling is also in development. Efforts between US-based companies Sandia National Laboratories and Young Brothers have been ongoing for about five years. Sandia’s 2017 report on this project indicates these types of products could be deliverable in the foreseeable future. Discrepancies revealed in this project can be seen as less related to safety and more related to reliability and operational workflows. The complexity and overall success of this project serves as evidence for reliable hydrogen products, including propulsion, as being on the way.

Moreover, in the next five years, the remaining barrier between the maritime sector and reduced emissions will be increasingly only cost-based, with the technological capability achieved. Most ship owners would like to update their fleet with new, environmentally sustainable and IMO-compliant propulsion systems, but the available funds don’t always match the dream.

Further developments in 2019 are related to data. Such innovation allows one to imagine an industry standard of complete transparency from ship to shore. Streamlined data sharing and sensors allow for the reporting of engine performance in real time, while the implementation of blockchain technology may play a crucial role in providing security.

Startup tech companies such as BLOC are already implementing blockchain to track and authenticate fuel products through its stream from production to bunker. There are potentially many other applications for this method of authentication. Meanwhile, data-sharing technology is also increasing visibility between vessel and customers. Companies like RightShip are vetting vessels with a Greenhouse Gas Emissions Rating (GHG Rating) for maritime customers.

In the next five years research and development will likely continue to prioritise the delivery of more propulsion systems with less carbon emissions. Data applications will play an important role.