FEATURE | The Ridd case: Much more than just one man’s victory

Written by Walter Starck on April 30, 2019. Posted in Ausmarine. 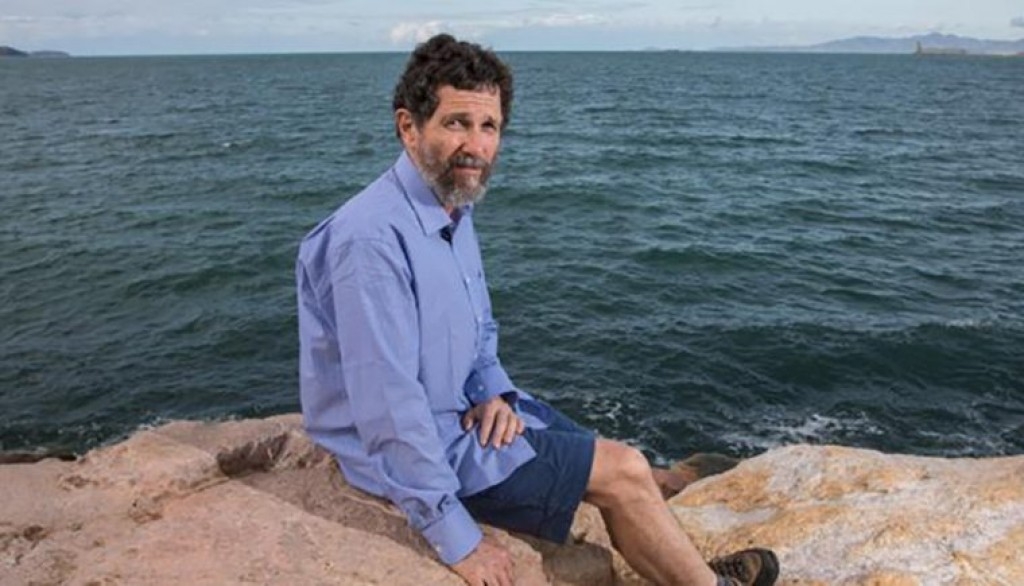 A vicious and prolonged attempt by James Cook University’s administration to silence Professor Peter Ridd’s criticism of dubious and misleading research claims concerning the Great Barrier Reef has culminated in a resounding legal decision by Judge Vasta of the Federal Circuit Court in Brisbane.

Handed down on April 16, the decision found that all of the seventeen findings, two censures, eight directions, and final employment termination made by JCU against Professor Ridd were illegal.

This is a major victory, not just for Peter Ridd, but also for science, academic freedom, the legal system and the public. It also presents a clear need, as well as an obligation, for the JCU Council to intervene and take steps necessary to stop the rot and repair the damage. The panel should see that Professor Ridd is re-employed, issued an apologisy, and compensated for all he has been subjected to in this sordid episode.

Doing so without delay, with full acceptance of the court decision and the sacking of those most culpable is fully demanded, in my opinion, by the court decision. To do this would go a long way to salvaging the university’s reputation. To allow the perpetrators of this farce to continue to spend further millions of dollars on lengthy appeals can only inflict further damage on both Ridd and the university. The council is empowered to do this; it is their clear duty to do so.

The ongoing saga of questionable claims by James Cook University researchers entails much more than just an academic spat. It involves the credibility of millions of dollars annually in taxpayer funded research on which important national policies are being implemented. In the case of JCU, they are a preeminent institution involved in research on the Great Barrier Reef and the policies affected include major impacts on tourism, fishing, mining and the agricultural sector for the whole region.

Over recent decades, research grants have become an important source of funding for universities and the careers of academics. JCU receives half of the funding from research grants as a charge for the “overhead” of the hosting and administration of such grants, with the remaining half then being used for the actual research activity. This amounts to tens of millions of dollars annually directly to the university itself. Obtaining such funding is a major factor in advancing the career status of academics who bring in significant grant money.

In research concerning the natural environment, researchers have found that studies having some relevance to environmental threats have a much better chance of funding approval than those aimed at learning more about the natural world. This started innocently enough by simply suggesting some possible environmental importance to desired funding. However, this has proven to be a slippery slope leading to a need to find more evidence and defend claims.

Dramatic claims of threats to the GBR attract mainstream news attention and recognition far beyond anything coming from even the most significant new scientific understanding of the reef. The result has been the abandonment of basic research in favour of finding, promoting and investigating environmental “threats”.

Also, coral reefs are very dynamic communities, with large differences from reef to reef as well as changes over time and between locations on the same reef. In addition, effects of storms, floods, temperature extremes and large population fluctuations resulting from random variables of larval settlement often compound this variability. At any time, a bit of searching is likely to find evidence of such variability.

Academics are basically office workers. Very few spend more than a few weeks in a year actually on the reef and usually then for only a few hours at a time and on differing reefs. Vanishingly few have the extended experience of a given reef over the seasons and years needed to recognize the degree of natural variability involved. In addition, there is now a whole generation of researchers whose entire experience of the reef has been in the context of investigating environmental “threats” and they tend to see every fluctuation of nature as evidence of some “impact” caused by humans. Adding to this is the fact that on the Great Barrier Reef the most readily accessible nearshore reefs live in a fringe environment for reef growth where natural devastation is most frequent.

In addition to the biases of training, experience, funding and recognition there is still another important influence at play. A key factor in the success of science has been the subjection of any important new claims to scepticism and verification. To a large extent in environmental research, such testing has been replaced by claims of authority and consensus. This decidedly anti-scientific perspective has been greatly facilitated by a prevailing acceptance in academia of a postmodern philosophical view which denies the existence of any objective truth.

In its place is the notion of a political correctness deemed self-obvious to all right- thinking persons and which it is “unethical” even to question. From this perspective it is not too difficult to excuse a lie if it supports what is perceived to be a higher truth. To dissent with any of this makes one a “denier” which is seen as intellectually equivalent to believing in a flat Earth and morally equivalent to denying the Holocaust.

Anyone who questions anything can be dismissed as a ratbag who doesn’t care about the reef, and so can be ignored, with no need to address the substance of any of their concerns. If an employee transgresses, he or she can be sacked for “uncollegial” attitudes and/or bringing discredit on the institution, two of the slurs directed against Peter Ridd. As for protection for whistle-blowers, there isn’t any.

Meanwhile, the reef itself remains safely out there, over the horizon and beneath the ocean where anything can be claimed with little risk of the reality being exposed. Although many reef areas around the world are indeed suffering from human impacts, the actual condition of the GBR is near pristine. All but a few of the nearly 3,000 reefs which make up the GBR are rarely or never fished or even visited. Pollution from the distant and lightly populated land is undetectable.

The recent coral bleaching events that have been attributed to climate change have in every instance been the result of surface warming during periods of extended calm brought by El Niño events, when normal, wave-driven mixing ceases. There is no evidence for any recent increase in the frequency and severity of these events.

This is further attested by the characteristic bleaching scars in the skeletons of GBR corals going back a thousand years; such scars have even been found in fossil corals from millions of years ago. The real condition of the GBR is as close to pristine as nature permits, the alleged threats no better than hypotheticals. Over time, all reputed perils have failed to develop, with recovery repeatedly found to be much faster and more complete than predicted by the reef “experts”.

“Unfortunately, this is not just a problem at JCU but is something widely prevailing across universities and government research bodies”

So where does all this leave us regarding the GBR? Dubious and often provably false research claims have played a major role in severely restricting development of the reef’s economic potential. The fisheries harvest is at less than one per cent of the level found to be sustainable for well managed reef fisheries elsewhere. While reef tourism contributes importantly to the economy it compares unfavourably to many other competing reef areas which earn more from much lesser reefs. The costs and restrictions imposed by ill-founded environmental management have been a major factor.

Even more irrational, detrimental and unneeded, the economic impact of ill-founded measures to “save the reef” extends far from any demonstrable harm to virtually all significant productive activity in the region. This is based entirely on far-fetched and hypothetical possibilities of harm from dust, runoff and climate change for which no actual evidence of harm exists, only predictions from computer models which are unverified, unvalidated and unavailable for independent examination. Worse yet, this kind of problem is epidemic across much of academic research, with major effects on government, the economy and the broader society.

All this in no way means there are no serious environmental problems or regulations needed; but it does mean a very real problem has developed with the validity and, indeed, the honesty of much of what purports to be science and soundly based regulations imposed under the banner of environmental protection.

Unfortunately, this is not just a problem at JCU but is something widely prevailing across universities and government research bodies, and the inflicted cost on the entire economy is huge and growing. For a start, it has corrupted the integrity of science and fostered the development of a huge taxpayer-funded parasitic industry devoted to what amounts to the manufacture of hypothetical solutions to imaginary problems. Ill-conceived unnecessary environmental demands and restrictions stemming from this have played a major part in driving two-thirds of our small primary producers out of businesses over recent decades, chiefly low-overhead family-operated enterprises.

This has in turn been a major influence in Australia going from having some of the best quality, abundant, low cost food, housing and energy in the world to now becoming at or near the most expensive, along with some of the world’s highest levels of personal debt. In addition to the immediate effects of corrupting the integrity of research and policy making there is also the longer term intellectual corruption of the broader society through the educational indoctrination of the future leaders of business, education, law, politics and the media, nearly all of whom are now university educated.

It is past time for this situation to begin to be recognised and addressed it. JCU would be a good place to start. There is now a well-documented body of repeated and ongoing research misconduct which has been brought to the attention of the JCU administration, with no attempt to address their substance. Ignore, deny and dismiss has been the reaction.

What has been revealed thus far is only the unsavoury tip of this research “fatberg”. An parliamentary inquiry is warranted and, from my own direct experience, I feel certain this would be fruitful. If nothing else, it would have a beneficial and long overdue sobering effect across the whole of the research community, especially if the penalty for such misconduct were to be disqualification from any further public research funding for those involved.

Beyond this, some permanent mechanism to critically examine and evaluate all research that is to be relied upon for government policy is badly needed. Simply accepting, “Believe me, I’m an expert”, has never been good enough for science, nor should it be as a basis for government policy.

Article reprinted with permission from Quadrant.org.au.

Walter Starck is one of the pioneers in the scientific investigation of coral reefs. He grew up in the Florida Keys and received a PhD in marine science from the University of Miami in 1964. He has over 40 years worldwide experience in reef studies and his work has encompassed the discovery of much of the basic nature of reef biology. In this process over 100 species of fishes, which were new to science, were found as well as numerous, corals, shells, crustaceans and other new discoveries.