Written by Ausmarine on March 31, 2021. Posted in Ausmarine - Shipping and Offshore. 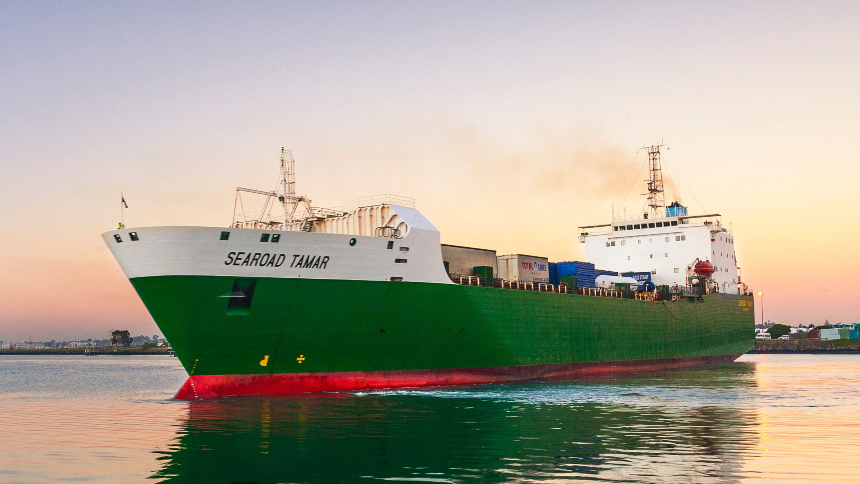 Built at Carrington Slipways in Tomago, New South Wales, SeaRoad Tamar is the last Ro-Ro monohull vessel built in Australia. The ship was purpose-built for its first owner, ANL, before being sold to Holyman Shipping, operating as Coastal Express Line.

In its initial years, the Ro-Ro underwent modifications to improve its sailing performance and reliability as a freight vessel.

The ship was acquired by Patrick Corporation in 1999 and then sold to a group of local investors led by Chas Kelly in 2007. This group later became known as SeaRoad.