Written by Ausmarine on June 5, 2020. Posted in Ausmarine - Shipping and Offshore. 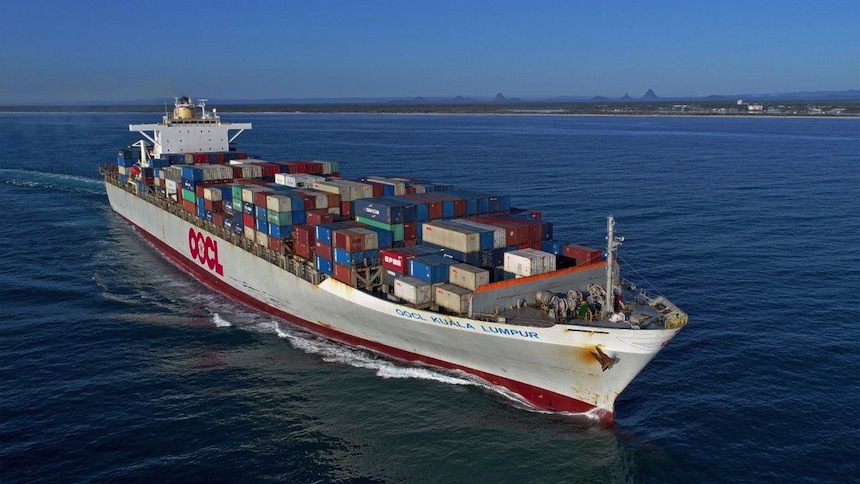 The fatal injuries sustained by a container ship crew member who became trapped between an elevator cage and a bulkhead highlight the importance of applying existing safety management procedures, an ATSB investigation notes.

The June 3, 2018 accident occurred when the electro-technical officer (ETO) of the OOCL Kuala Lumpur, which was preparing to enter Port Botany, Sydney, was testing the ship’s personnel elevator after completing mechanical repairs. While driving the elevator from the cage top, the ETO became trapped between the moving cage and the bulkhead, sustaining fatal injuries.

The investigation also found that safety barriers prescribed in the electrical work permit were not put in place before the elevator maintenance work commenced. This included that there had been no warning announcement, and, consequently, all of the ship’s crew had not been warned against using the elevator. In addition to this, there were no warning signs posted at all elevator access doors.

This allowed an elevator call to be made while the work was underway.

“Elevator accidents continue to occur around the world and result in about one fatality per year,” said ATSB Director Transport Safety Stuart Macleod.

“Many of these accidents involve the failure to apply existing safety management procedures and/or identified safety barriers that have proven effective in reducing the risks associated with elevator maintenance.”

“For any task that is performed on multiple occasions without any adverse consequence, there is the potential for an individual’s perception of risk, or expectancy of a problem, to decrease,” Mr Macleod said.

“This makes it all the more important to always follow documented procedures and safe working practices, even when the operation is considered safe.”

This accident also highlights that it is imperative that close and careful supervision is maintained for any elevator testing and tasks.

“Supervisory oversight provides an opportunity for experienced, senior technical staff to scrutinise and assess the plans and intentions of those completing the task. This provides an external check and safety barrier before, and during, the work.”