Written by Ausmarine on May 28, 2020. Posted in Ausmarine - Shipping and Offshore. 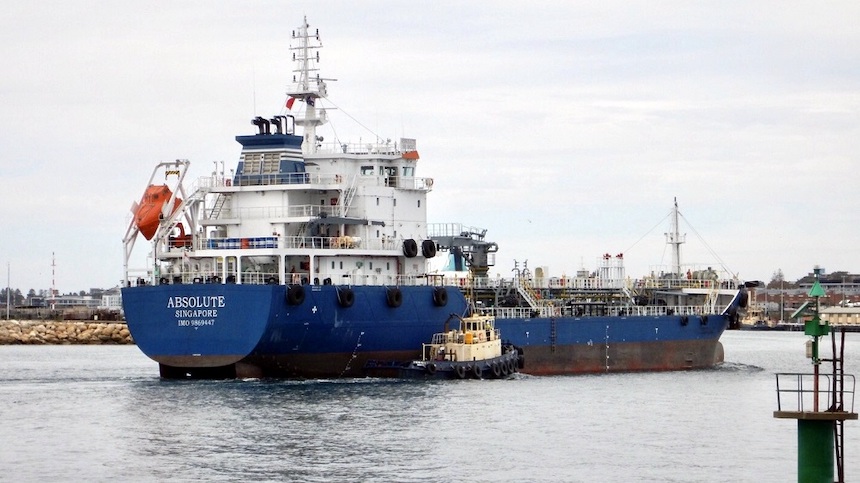 At 6,087 GRT, Absolute 1 is significantly bigger than Vacamonte, at 3,953GRT, so is able to carry a lot more product and is also able to bunker in areas such as Gage Roads, where Vacamonte was unable to bunker.

ASP Ships Group has time-chartered the vessel to BP, to supply bunkers to its customers’ vessels in Fremantle, Kwinana and at local anchorages.

Absolute 1 is a 8,646DWT tanker capable of carrying three grades of fuel. It was launched in October 2019 and delivered into Fremantle in April 2020.

Following a change of flag and initial audits and inspection, the vessel went into service for BP.

Absolute 1 successfully carried out its first bunker delivery to bulk carrier ASL Fortune at the Fremantle/Kwinana Anchorage on April 23.

Anthony Tolani, BP Marine General Manager ANZ, said the arrival of Absolute 1 came after many months of planning and provided the flexibility needed to deliver three grades of fuel in the future. At present the vessel will continue to supply BP very low sulphur fuel oil (VLSFO) and marine gas oil (MGO).