Written by Sam Bateman on February 7, 2019. Posted in Ausmarine - Shipping and Offshore. 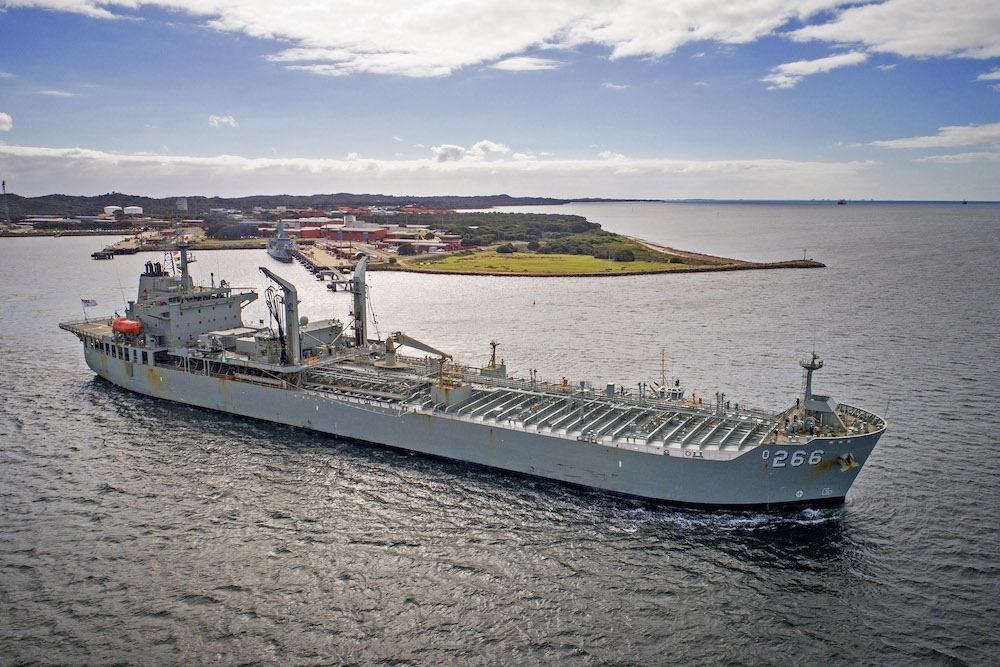 Bill Shorten is calling for the re-establishment of an Australian-flagged and -crewed shipping fleet. He wants the fleet for reasons of national security and to provide a domestic source of skilled Australian seafarers.

He argues that shipping is more environmentally sustainable and economically more efficient in terms of fuel costs and reduced road congestion.

Predictably, his views have been strongly supported by the Maritime Union of Australia. The MUA says it is convinced that a Labor government would mandate and increase in Australian-flagged and -crewed ships.

The requirement for an Australian merchant navy has a long history, with a debate running right back to Federation.

There have been many government inquiries addressing the issue that invariably come back to one single fact: Australian-flagged ships with Australian crews cost more. But when enquiries have recommended new financial incentives or regulation changes to help build an Australian merchant navy, successive governments haven’t followed through.

An Australian International Shipping Register was created six years ago to provide a competitive registration alternative for Australian shipowners that mainly engage in international trade. Key features of the AISR include access to the income tax exemption as well as mixed-crewing arrangements.

The Australian General Shipping Register has no large vessels (say, more than 5000 GT) relevant to possible national security requirements. The only large vessels on the Australian registries are the four LNG carriers on the gas trade between northeast Australia and Asia, some floating protection and storage operations vessels used by the offshore oil and gas industries, and a few other special purpose vessels.

A weakness in the national security argument is that the nature of the international shipping industry means the required type of ship will usually be available on the international market to meet the defence requirement. In supports of the East Timor deployments, the Department of Defence chartered 19 merchant ships, all foreign-flagged.

Domestic freight, other than some bulk cargoes, mainly goes by road and rail. The exceptions are across Bass Strait and in northern Australia, where most freight goes by sea due to lack of land transport infrastructure.

“Predictably, his views have been strongly supported by the Maritime Union of Australia.”

Trying to get more interstate and intrastate cargo back to sea makes a lot of sense. But this hasn’t happened. Road transport provides better door-to-door movements and the road sector doesn’t pay its true costs of using the roads.

Large integrated transport companies have a lot of government influence. Australian industry, including the National Farmers Federation, has argued against the increased costs of any loss of competition in the freight industry, with competition from overseas shipping players keeping costs down. Europe has faced a similar dilemma.

But with increased road congestion and high highway tolls that put more of the true costs on to road trucking, a trend has emerged of more trucks and containers being moved around by sea where such transport is an alternative to land transport. Special types of dedicated truck ferries and container/Ro-Ro ships have emerged for this trade.

If the true costs of road transport were factored in for long-distance east to west coast routes and to northern Australia, there could be scope for a similar movement back to sea transport in Australia. The type of container/Ro-Ro ship possible to be used would also be suitable for military transport requirements in an emergency.

For moving fuel around the coast and potentially in support of the naval replenishment ships to support the naval fleet, tankers are the basic national security requirement. There is little ability to transfer fuel around Australia other than by ship.

Our military bases and airfields in northern Australia would be heavily dependent on fuel imports by sea in any conflict situation. It would take more than 1,000 truck movements to shift the same volume of fuel as carried by one medium-sized tanker.

Tankers are essential to support naval operations. Last November in Spain, Navantia launched the first of the two Supply-class auxiliary oiler replenishment vessels ordered by the RAN to replace existing supply ship HMAS Success and oil tanker HMAS Sirius, at a cost of AU$646 million. The two new replenishment vessels will supply the navy, not the nation.

In a major crisis, there could be a scramble by both other countries and the commercial sector for access to the same ships. There’s real value in having a capacity to deliver your own fuel.

If we look at this from a national perspective, there’s a real dearth of capability: except for small in-port bunkering tankers there are no tankers on the Australian register. Even New Zealand has two large coastal tankers for moving oil cargoes around the country.

A good case can be made on national security grounds for moving some tankers on to the Australian register with possible government subsidies. This would be a tiny fraction of the amount that road and rail receive from public funding. A study might be made of not only the importance of new tankers but the feasibility of moving more domestic freight back to sea.

But using Australian-flagged and -crewed ships for general international trade is likely to remain uncompetitive in almost all Australian trades.

With Anthony Bergin. Article originally published in The Australian. Reprinted with permission.

Dr Sam Bateman retired from the RAN as a Commodore and is now a Professorial Research Fellow at the Australian National Centre for Ocean Resources and Security (ANCORS) at the University of Wollongong in Australia. His naval service included four ship commands, ranging from a patrol boat to guided-missile destroyer. He was awarded his PhD from the University of New South Wales in 2001 for a dissertation on The Strategic and Political Aspects of the Law of the Sea in East Asian Seas. He has written extensively on defence and maritime issues in Australia, the Asia-Pacific and Indian Ocean.