COLUMN | Scrubbed out [The Boroscope] 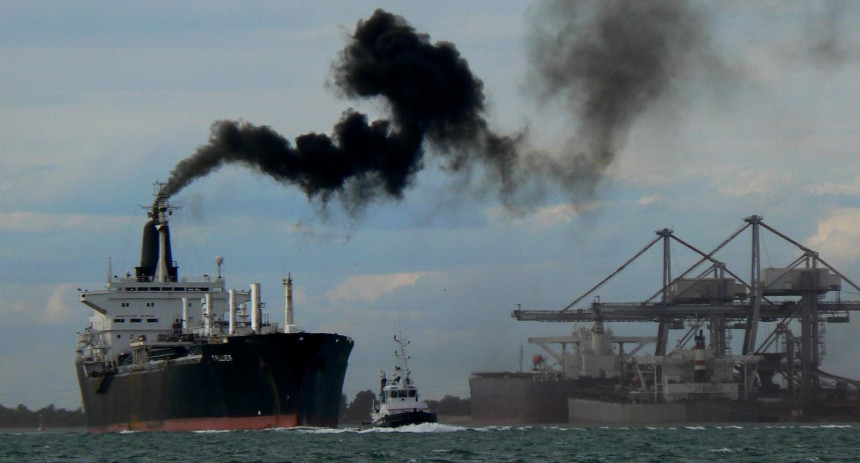 “Nobody fits an open loop scrubber on their ship to clean the environment”. These are the words of legendary US based Norwegian ship financier, Morten Arntzen. Morten Arntzen is probably one of the most experienced and knowledgeable people in world shipping.

This cynical statement could almost be followed by, “It’s the cheapest and most expedient way to meet the IMO 2020 sulphur cap requirement”.

There’s been a worldwide rush on open loop scrubbers over the last few years to the point that manufacturers are struggling to meet the demand.

Recently, the Panama Canal Authority (ACP) has banned ships with open loop scrubbers transiting the canal. That’s going to narrow the available trading routes down a bit if these ships are confined to the Atlantic and Pacific trades only.

The Port of Singapore has also banned open loop scrubbers from their waters. Singapore is a major South East Asian shipping hub and one of the largest bunkering ports in the world. That’s narrowing the field of operations even further.

Indonesia, on the other hand, has stated that it will openly defy the IMO 2020 regulation and continue to allow non-compliant ships to operate in its waters.

What are the ramifications of this move? Will it mean only coastal trades within Indonesian waters will continue to operate but once these ships step outside the Indonesian EEZ they are breaching the law.

It’s a curious puzzle and just one of the many scenarios that has been debated ad-nauseum by all the IMO members. For example, will compliance inspections be included in Port State Control inspections or will they be a separate inspection regime entirely?

Now, I’ve always questioned how removing sulphur from the air and putting it directly into the sea is a good overall result for the environment. But we’ve been assured by the great scientific minds that this isn’t a problem. At two metres from the effluent discharge point on the hull the increased sulphur content can’t be detected.

How do they know? Some 65,000 ships worldwide might be doing this 24 hours a day, every day, but it won’t affect the marine environment at all? It sounds a bit like ballast water discharges won’t affect the environment either. Sea water in, seawater out, but this isn’t proving to be the case.

I’m curious about two things. How will inspectors check the effluent (or the exhaust gas content for that matter) and what will be the penalties? Given that each IMO member is responsible for their ships it will be interesting to see how some of the heavy weights deal with the transgressors.

Flags like Panama, Liberia and the Marshall Islands have the bulk of the worlds shipping. Will they be able to check even a fraction of their fleet? And how do they penalise the transgressors? Detentions and forced offloads of non-compliant fuel? These actions, in themselves, have a multiplicity of problems that have yet to be solved.

What kind of easily portable equipment will be used for spot checks of effluent? Will this be a simple task or will it involve interruption to the ships operation? Similarly, the exhaust gas content monitors can be faulty or can give falsified results. How is this dealt with?

Then there are the “key” trades to countries that rely on a particular import. The shortfall in such circumstances may have disastrous consequences for the country’s industry or indeed its economy itself. Will they turn a “blind eye” to compliance?

There are a number of very big unanswered questions here and we’re only about 80 days from implementation of this regulation. I think some operators, indeed some of the member states may just have a “hope for the best” approach and plead ignorance or “I won’t do it again” when caught out.

There are certainly other questions relating to the IMO 2020 regulation other than the scrubber questions. Things like the availability of world-wide bunker supplies of LSFO and the disposal of unusable stocks of HSFO stocks around the world (estimated at about 150,000 tonnes).

Are refineries geared up to do this globally? They say they are, but I don’t think so. Then there are the charterers and the insurers. Are they going to undertake a lot more due diligence than they do now? Will insurance rates go up?

One day all ships might run on LNG or methanol but that’s a long way off. Of this I am sure, shipping and world economies will never be the same after January 2020. This will be the defining moment for shipping and the IMO is to be applauded, not criticised, for its brave stance.