COLUMN | Good-bye, engineers [The Education of an Innocent Australian] 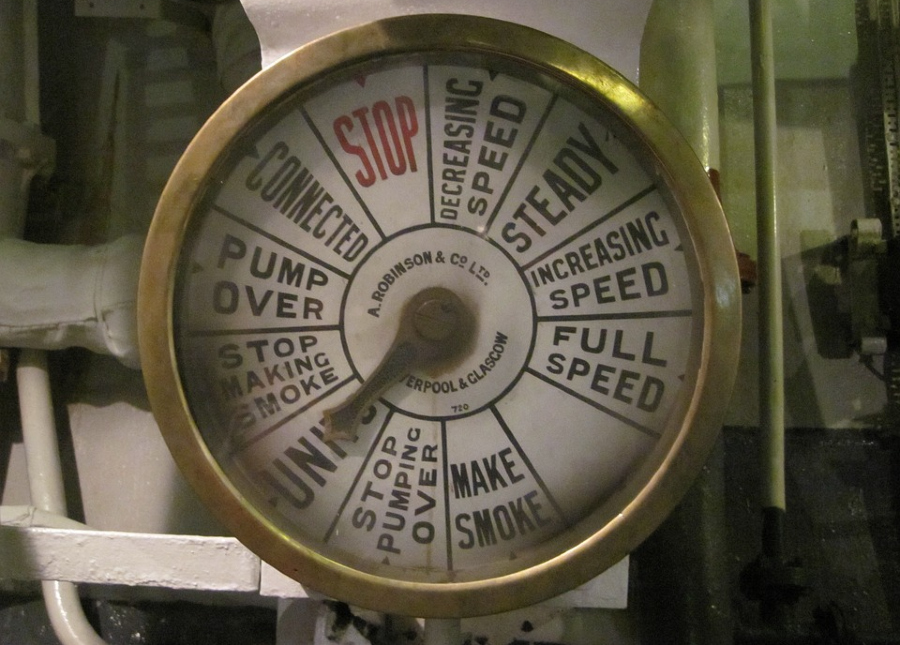 We could hear the unmuffled exhaust before we saw them come around the corner into Bowling on the Clyde river. It was a white box-shaped converted lifeboat, with a red superstructure. It looked like a large washing machine had mated with a telephone box and the pair had then run away to sea.

In the rear cockpit sat three boiler-suited engineers, each armed with a beer can, huddling round their favourite part of the boat, the engine, loudly talking engineering love talk such as non return valves, injectors and the like.

I was sitting on an old timber yacht outside the lock gates watching this incident as it unfolded.

The three-cylinder, air-cooled lister engine on the lifeboat spluttered to a halt. Putting their beer cans aside, the three musketeers rapidly descended to the engine bay, delighted that their prowess was now in full demand. After all that is, according to marine engineers, what boats and ships are for, to carry their precious engines around the waterways of the world.

The blunt-shaped lifeboat hull slid slowly to a halt. The engine starter motor cranked over a couple of times to no avail, then on the third attempt the engine coughed unsteadily into life. As good engineers are trained to do with an unsteady engine, is to rev fully a few times to get rid of any dirty fuel, which they duly did.

Unfortunately for them, the engine was still in gear and she took off rapidly towards the eight-metre-high sea wall outside Bowling basin with no-one on the tiller. I yelled and whistled but the three engineers were still below, in a state of ecstasy, now even more convinced that drinking beer and playing with loud engines was definitely better than sex.

At full lifeboat speed of around 6.5 knots, the boat smacked squarely into the sea wall reshaping its bow and knocking the occupants over heavily. Dizzingly reassembling, I joined them for an ale and took the opportunity to pour several varieties of scorn on them for not having a real sailor on board to actually drive the boat.

“A quick look at the syllabus for Coastal Vessel engineering certificates of marine engineering in western countries can quickly bring you to the inescapable conclusion that much of it is obsolete or useless.”

Marine engineers are supposed to stop where the carpet starts, but has technology outpaced them?

The shipping industry took great delight in removing radio officers from seagoing ships in the late 80’s, however I believe this was a big mistake. While radio Morse code itself was obsolete, radio officers actually came in very useful when repairs were needed for radars, sounders and other electronic navigation aids. They were the only ones who were starting to understand electronics, even more so than seagoing electricians. But the myopic Radio Officers Union failed to see the industry opportunities, and hence all of them ended up redundant.

The airlines in 1985 removed engineers after being replaced by flight management computer and systems monitoring. Pilots are trained to view the enunciators and identify the checklist and action the remedy or secure the system. Performance is restricted to a weight so that in critical engine failure, the plane can still fly. Almost everywhere that commercial planes land is an engineering department designed to maintain the structure and engines of planes. Australia’s Qantas was the last airline to remove engineers to base hubs and this is where aviation engineers hang out these days.

A quick look at the syllabus for Coastal Vessel engineering certificates of marine engineering in western countries can quickly bring you to the inescapable conclusion that much of it is obsolete or useless.

This exciting new world of Azipod technology, VFDs, electronically controlled engines, common rail fuel systems etc., mostly have strict conditions that no one can mess with this equipment except the manufacturer’s trained engineers. So apart from the start-up procedure, and checking the fuel and water levels, stern gland and the like, the engineers on UMS (unmanned machinery space) vessels, seldom revisit the engine room, nor do they need to.

Modern engineers of domestic commercial vessels such as tugs and Ro-Pax ferries sit in spotless overalls in the wheelhouse sipping coffee and watching PLC screens, at the same time accumulating sea time to go for deck certificates, which most of them do. Even Wally the goose can figure that one out, seeing the world much better from the bridge than in a noisy engine room.

Perhaps the obsolete sections of the marine engineering syllabus should be replaced with marine electrics and marine electronics. Will this piece of logic be snapped up by the ever increasing number of bureaucrats administering and reviewing the National Safety codes?

A prominent South Australian ferry operator informed me that their twin-screw flagship could not be started one morning during the peak summer loadings. Despite the vessel having been overmanned with both a Class 3 foreign going, and an MED 1 coastal trade engineer, they could not get one of the main engines started, and the fury of waiting holidaymakers was upon them like wolves on a wounded buffalo. The engine supplier was approached and duly sent their spotty faced young “engineer” with a diagnostics kit, who promptly found a small electrical switch that was malfunctioning and bridged it to get the vessel going.

“It is increasingly clear that the current system of manning requirements for marine engineers on DCVs is no longer fit for purpose.”

At a recent gathering of commercial vessel operators, they all indicated that the majority of problems with most of their vessels is electrical equipment or electronics and they agree that the technology is now far ahead of marine engineer competence. This being the case, multiple engine solutions with independent fuel and starting power is certainly the best way to mitigate machinery risk by ensuring redundancy coverage. Safe return to port (SRTP) is crucial.

Having a vessel delayed or broken down with a main engine problem not only can be a safety issue, but credibility and cashflow are also critical components to any commercial operator, and most new designs incorporate multiple engines and propellors. AMSA, caught in a time warp, are still aggregating the total horsepower in their demands for engineer qualification. So in a vessel such as below they would demand a Class 3 engineer instead of an outboard mechanic. Doh!

With all of the above, it is increasingly clear that the current system of manning requirements for marine engineers on DCVs is no longer fit for purpose.  Despite the inevitable weeping and wailing from the engineers union AIMPE, we should be doing what the airlines have done?

It’s time to beam you back ashore, Scotty!