COLUMN | Give kids a chance [An Innocent Australian] 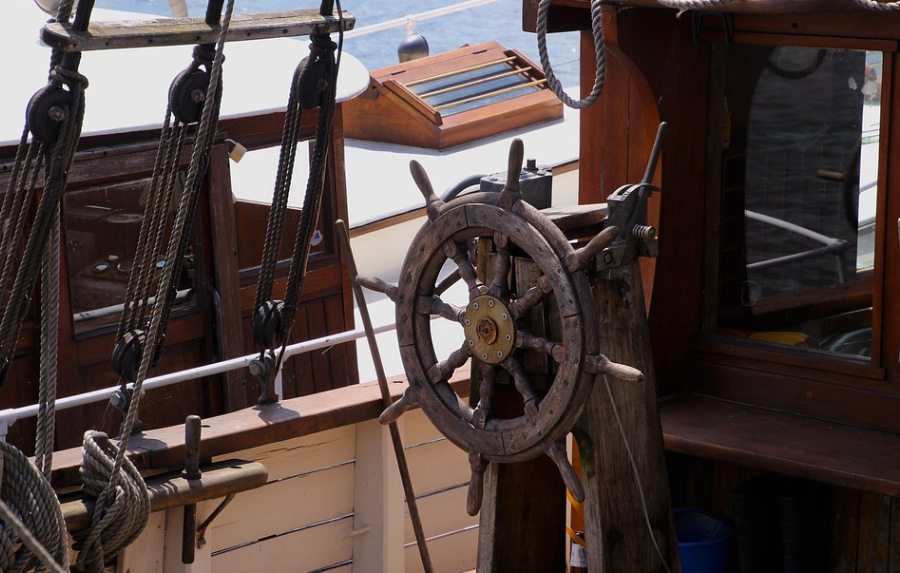 Like most 15 year olds at a state high school, I had a mix of characteristics, one being a peculiar sense of humour, and another was a disinterest in school and the education system. My mother kept insisting to all and sundry, “he is smarter than he looks!”

I did, however, have a strong interest in ships, despite my family having no connections with the sea. I would collect books on ships and was fascinated by them.

The mention of “we train ship’s radio officers” by the PMG (later renamed Telstra) during a recruitment drive to all schools snapped my attention. I signed up immediately and was just finishing year 10.

At 15, living in a boarding house in Melbourne, at technician training school with dozens of others, after four months I found out that the training of ships’ radio officers had been abandoned five years earlier.

Australia had several shipping companies and over 130 coastal ships, so I started writing applications for a position as deck cadet. The problem was that I needed a good pass of year 12 and I had stupidly left school at year 10.

One company – British Phosphate Commissioners in Melbourne, which had three ships – wrote back to me and offered an interview. Their superintendent, Captain George Kent, asked what I knew about ships and of course immediately observed my enthusiasm. Despite falling well short of a year 12, he gave me a chance.

Fast forward to 29 years old, with seagoing and ship design qualifications, I started my own one-man company in design and survey of marine vessels on Queensland’s Gold Coast. I concurrently started a system of work experience training taking kids from the local high school years nine to 12 and getting them tracing a smart-looking small ship, manually with pens and shading and at the end of two weeks’ work experience would send them home with an impressive version five of their tracing to show their parents. I started getting letters of thanks from parents, all saying, “I don’t know what you did to our kid, but all of a sudden they are paying attention to school work and have a positive attitude!”

Scott Murphy, a grade nine kid who had a penchant for sneaking out for a smoke, had a keen interest in sailing. Of the many kids going through, he was the one we took on as a full time trainee, and his sailing experience and enthusiasm made him a better candidate than grade 12 kids or uni students. Many years later, he is a highly respected Marine Surveyor in the Queensland marine Industry.

I have selected dozens of full time employees mainly from our work experience program. Sure, some don’t work out, but that’s the box of chocolates.

At 34, I was already paying work experience kids $100 a week, which they advised me “Teacher said I wasn’t to get paid,” to which I responded, “If you’re here for a work experience, you get a pay experience!”

These work experience kids were still doing non-productive work, still tracing a small ship. Discussing this program with local boat builder Alf Stessl, he declared me an absolute fool and said he just put work experience kids on the end of a broom as “they were just 15-year-old ratbags”. My weak response was that we were all “15-year-old ratbags” once and while teenagers are only 10 per cent of our population, they are 100 per cent of our future.

This plummeted me into a serious rethink of abandoning my program of work experience and recapping the thousands of dollars and thousands of hours in guidance (wow). It amounted to a considerable outlay for an enthusiastic fool that consistently was working 70 to 80 hours a week.

At the time, in a meeting with the local Mayor when trying to rezone a local block of waterfront land for marine activities, he firstly thanked me for the timely four weeks’ work experience of his only son, bringing him “out of a dark period,” and immediately agreed to the block rezoning. I couldn’t remember his son, but it confirmed to me that the work experience program stayed.

“Whatever you sow, you shall reap,” says Proverbs.

On reflection during my twenties, George Kent absolutely saved my life as a lost 15-year-old by giving me an unwarranted chance, and my first book – Bluff Your Way to Sea, in its third reprint – is dedicated to him. We were close friends until he passed away.

“Put aside your offences and grievances, look around, and see how you can help the teenagers coming through to find their talent.”

Despite the disappearance of coastal shipping, I recommended marinas and marine projects especially for indigenous communities as the young men, like Scott Murphy, have a natural talent when it comes to boats, sailing, fishing, diving and watersports.

As marine advisor to many government departments for over 30 years, I kept pushing the training aspect and managed a few successful local equity and training projects like Bing Bong mini port.

The only hand brake within council is their fondness to embrace “offence”, which seems to propel their actions more than positive aspects. The Greek work for offend is “Skandaliso,” which is the small piece in a rat trap that sets it off. So when you are offended, you are “trapped.”

From my up close and personal observations, they are mainly offended by each other. Projects that are no-brainers are often stopped by personality conflicts within government leadership, councils and associations. Each year when I watch another band of 15-year-olds slip through without “getting a chance”, I lament this new age of leadership offence, indecision and dithering.

Watch the latest news bulletins with 15-year-old teenagers out of control in the suburbs.

So what do I recommend? Put aside your offences and grievances, look around, and see how you can help the teenagers coming through to find their talent.

Australia now has only 11 coastal ships and the chance of a 15-year-old getting a career at sea is minimal. I now send them to fishing boats, dredgers or anything that floats.

Are you doing your part to help?