Written by Ausmarine on January 25, 2018. Posted in Ausmarine - Passenger Vessels. 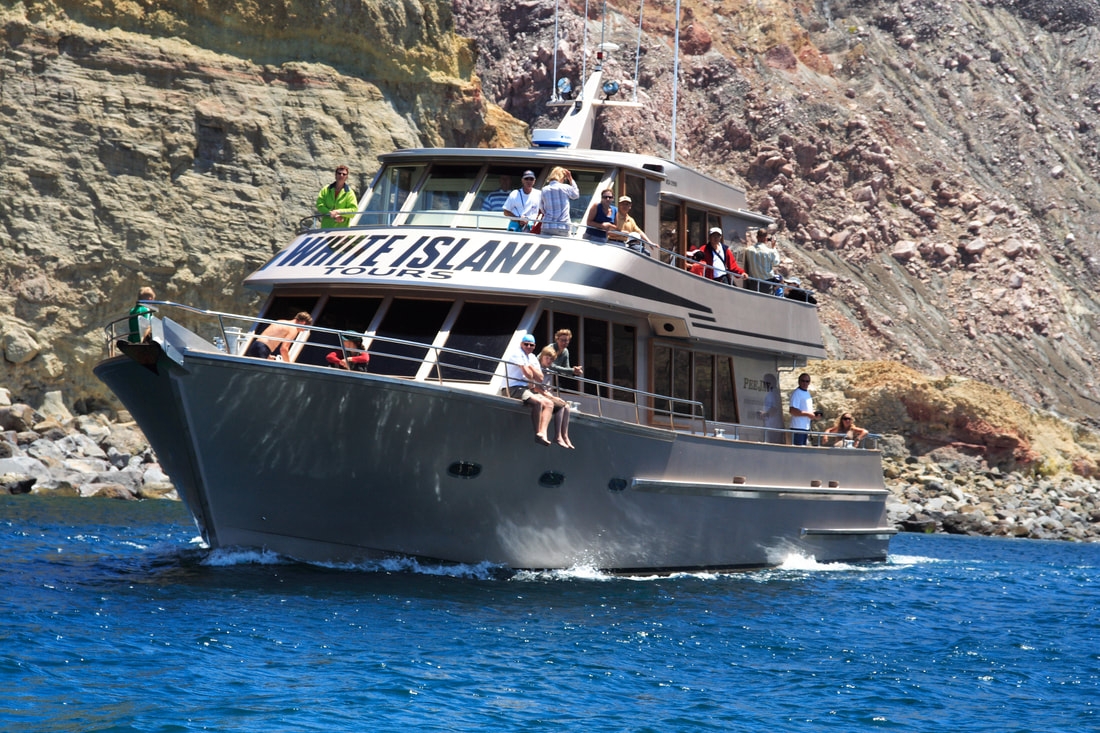 On January 18, 2016, the New Zealand passenger vessel PeeJay V was on an all-day excursion from Whakatāne to White Island with 53 passengers and seven crew on board. It was near the end of the journey, approaching Whakatāne Harbour entrance, when fire broke out in the engine room.

The crew released the fixed CO2 fire extinguisher into the engine room, which suppressed the fire for a short time. However, the fire quickly escalated, forcing the skipper to order everyone to abandon the vessel. Several passengers were forced to enter the water without a life-jacket. The PeeJay V burned to the waterline and sank.

Vessels in the vicinity responded to the skipper’s distress call, and everyone was rescued. Other than one crew member suffering smoke inhalation, nobody was seriously injured.

Following an investigation into the incident, the NZ Transport Accident Investigation Commission (TAIC) found that the absence of a fire alarm system meant the crew had limited opportunity to respond to the fire and prepare life-saving equipment. The CO2 fire suppression system (which works by displacing air with CO2) was ineffective because there were openings that allowed air into the engine room.

Additionally, life-saving apparel and equipment were appropriately placed, but could not all be accessed. The TAIC noted that operators of smaller vessels often struggle to choose where to locate such equipment.

Three main safety issues were identified during the inquiry. Firstly, that Maritime Rules did not require the PeeJay V to have fire detection or automatic fire alarms installed, even though it could carry up to 90 passengers and operate up to 12 nautical miles from the coast.

Secondly, that the CO2 fixed fire-fighting system installed in the engine room could not be fully effective in extinguishing the fire because the space it was protecting could not be fully closed down. Finally, the TAIC believed that the builder and operators of the vessel did not fully appreciate the principles of how the CO2 fixed fire-fighting system operated.

Maritime New Zealand has responded to the two recommendations in this report, agreeing to review the maritime rules about fire alarms and remote extinguishers in vessels of this type with enclosed engine spaces, and to encourage people who design, install and use CO2 fixed fire-fighting systems to fully document and understand how these systems work.