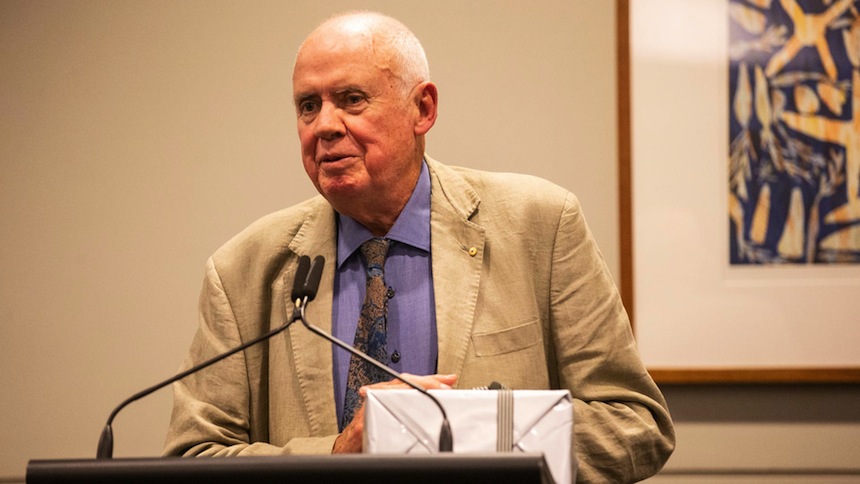 Australia lost one of its all too rare naval intellectuals last week with the passing of Commodore Dr Sam Bateman AM, RAN Rtd. He was 82.

Sam commenced his lengthy and illustrious naval career at 15, eventually retiring as a commodore, after 40 years of exemplary service, in 1993. Since then he has been a very energetic, positive and valuable academic, gaining his PhD from the University of NSW in 2000.

Working both locally and around the Pacific islands and South East Asia, he founded what became the Australian National Centre for Ocean Research and Security (ANCORS) at the University of Wollongong. That merged his naval and academic worlds very effectively and did much valuable work in promoting understanding between Australia and its nearer neighbours.

Sam served on numerous RAN ships, commanding several from the Attack-class patrol boat HMAS Aitape to the destroyer HMAS Hobart. He even managed some adventures including taking the Aitape 230 miles inland up Papua New Guinea’s mighty Sepik River in 1969.

I first met Sam in the late eighties when he participated, initially as a delegate, at our conferences. As we got to know each other, which didn’t take long with Sam, he started to speak at our Ausmarine, Asia-Pacific Fishing and Work Boat World conferences. Before long he chaired several of them and did so outstandingly well. He was always a very willing and able contributor to all the Baird events he participated in. He even used to volunteer to help the “satchel stuffing team” in the day before the conferences.

We kept in touch over the years and I had the pleasure of reviewing a number of the fine books that Sam wrote or edited over the years. We ran into each other in airports and hotel lobbies, particularly in Singapore when Sam was teaching at the renowned Nanyang Technological University there.

Later, when I semi-retired from Baird Publications and investigated undertaking a PhD of my own, he gave me some very valuable advice and introduced me to ANCORS, the most appropriate venue for my subject. Thanks to his advice, I had a very interesting and satisfying experience there.

Sam has left friends and colleagues all over the world. I’m sure that like me, they will all miss him and his positive, thoughtful, energetic and worldly approach. He was unique and, really, a national treasure.

Most importantly, Sam left his widow, Lois, who he married 58 years ago, and his daughters. My sympathy and condolences go to them. He was a great man and will be sorely missed by all who knew him.