OPINION: The strategic role of submarines in the 21st century 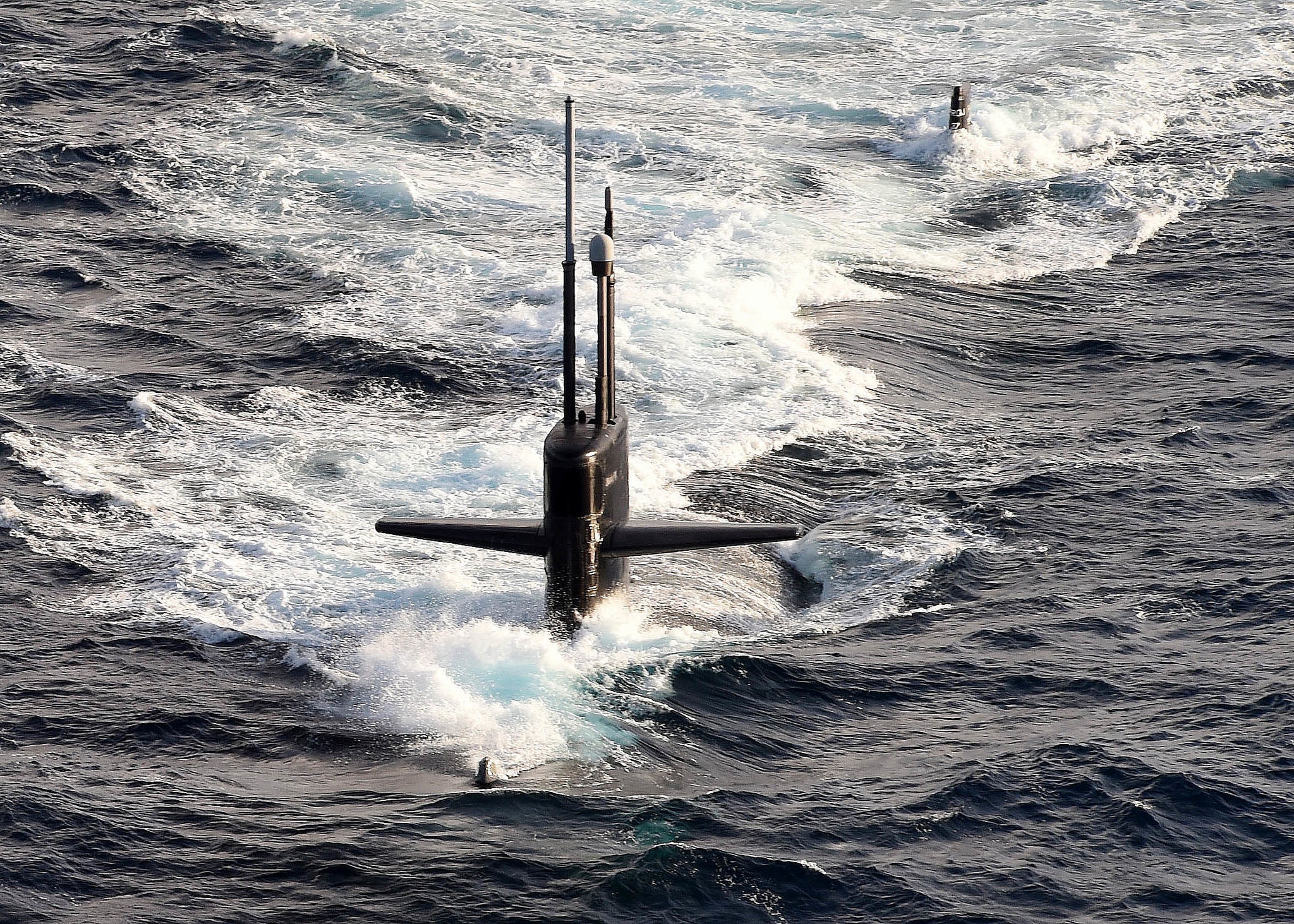 This post is adapted from a presentation to the Australian Naval Institute’s 2017 Goldrick seminar.

Let me start with something nice and uncontroversial. Submarines might be obsolete by the middle of the century.

It’s possible that advances in artificial intelligence (AI), detection systems and signal processing, combined with swarming autonomous unmanned systems, could make it effectively impossible for submarines to maintain their stealth. To give just one example, quantum detection systems capable of picking up extremely subtle magnetic signals could be deployed on a large number of unmanned surface vessels, all networked together to provide an essential real-time map of the magnetic field over an extended area. (And, shameless plug time, my ASPI paper on quantum technologies should be out in the next week or two.)

But don’t worry – I’m not about to declare the submarine obsolete and then sit down. While others—such as the ANU’s Roger Bradbury—think the ocean might “become transparent”, I don’t think it will happen suddenly, or even soon. There’s a possibility that we’ll have to have a long, hard look at our investment long before the 12th future submarine is delivered in around 2050. But I think that it’ll be a matter of the characteristics of the submarine. In fact, I think that submarines will prove to have greater longevity than almost any other military platform. For example, I’d put money on the future submarine program outlasting the future frigate program. Being hard to detect isalways going to be preferable to being easy to detect. And air will always be more transparent than seawater. The surface vessel menagerie will go the way of the battleship before the submarine does.

That means there’ll be a period when the submarine becomes more, rather than less, important in the navy’s order of battle. If power projection and sea denial can’t be done from the surface, then it will have to be done from space, from the air, or from below the surface. Note that I’m not writing surface vessels off completely. There’ll be many tasks short of high-end war for which their visibility and persistence are a positive. (Though I don’t think we’d want to be spending billions of dollars per hull for those characteristics, and corvettes will be better value than destroyers, but that’s a talk for another day.)

For now, let’s just work with the observation that superior—even if increasingly precarious—stealth is likely to keep the submarine in our inventory for some time to come. And note that my arguments work the other way for submarines; they aren’t terribly useful for operations short of war and there’s little point in having submarines with less than high-end warfighting capability.

But it’s worth bearing in mind that even if technology trends don’t completely best submarines, they’ll at the very least change the way that subs operate. Submarines of the future will probably have to operate their own swarm of unmanned underwater vehicles (UUVs), which collect data, deliver payloads and act as decoys, generating magnetic and acoustic signatures that clutter the environment and complicate the lives of anti-submarine warfare (ASW) practitioners. The UUV will be the platform of choice for operations in areas of significant risk, such as in littoral waters or choke points, where the adversary can focus its resources. Risks to submarines will outweigh any benefit they might be able to derive from going into those places.

You might ask, “Why not cut out the middle man? If UUVs are shouldering the burden of working in dangerous places, why not build a fleet of UUVs and skip the submarines altogether?” If my list of technological advances comes to pass, that will be possible. An AI-enabled autonomous vessel could be given its mission brief before setting off for distant waters. But I’m not sure that you’d gain much by doing that. Long range and high endurance with useful speeds require size for fuel, so we’re talking about large UUVs just on those grounds alone. And if you want them to be able to deliver payloads when they get there, the required size just increased again.

We’re used to thinking about UUVs as relatively small machines, but they’ll start edging towards submarine size if we expect them to do a wide range of sophisticated tasks. While it’s a long way from being equivalent to an unmanned submarine in terms of the effects it could deliver, Boeing’s Echo Voyager UUV is over 15 metres long and weighs 50 tonnes.

If our main reason for keeping away from littorals and choke points is the risk to the platform from improved ASW technologies, we mightn’t want to put large, sophisticated—and thus expensive—platforms in harm’s way just because they don’t have a human crew. The best chance of mission success would probably come from being able to saturate detectors and defences in the area with a bunch of low-cost and essentially expendable platforms. They’d get the job done through numbers and having just enough capability.

Small UUVs could do that. Their small size would help avoid detection, but it would also limit the distances from which they could be deployed. They’d need a “mother ship” platform that is large enough to get there from here, carries a useful payload, and is stealthy enough to avoid detection in less hostile places. That’s why I think the large submarine still has a future. Of course, the mother ship might one day be a large unmanned submarine. In short, it’s entirely possible that the 12th future submarine will bear little resemblance to the first one.