OPINION | Is China changing the “rules” in the Pacific Islands? 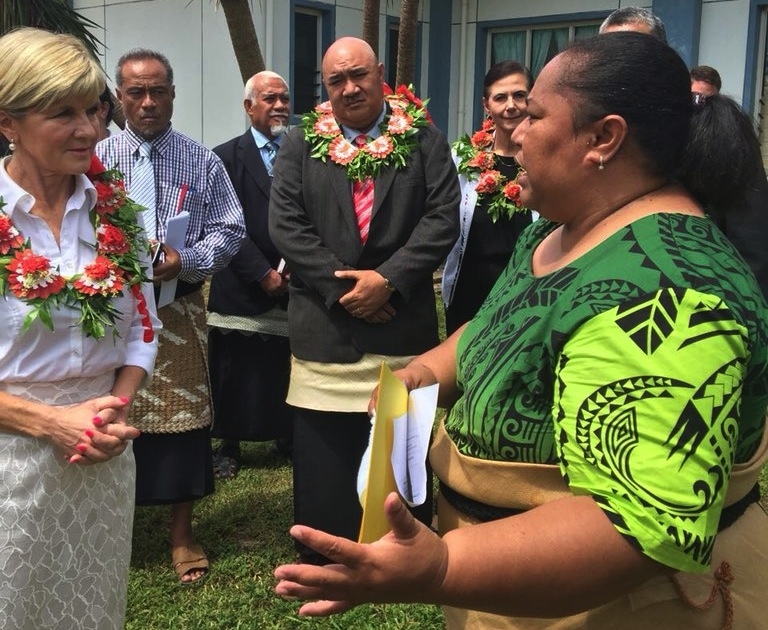 The report this week that China is in talks to build a military base in Vanuatu has generated consternation in Australia, with Malcolm Turnbull expressing his “great concern” about the potential militarisation of the Pacific Islands.

These denials raise questions about who was the source of the report and why the claim was made now. Certainly, there’s a degree of frustration among Pacific Islands watchers in Canberra regarding the Australian government’s approach to the region.

Regardless of whether the report was accurate, it’s undeniable that China has significantlyincreased its aid to, and engagement with, the Pacific Islands. Alongside the growing presence of powers such as Russia, India and Japan, as well as traditional powers Australia, New Zealand, France and the United States, the geopolitics of the region are crowded and complex.

Penny Wong is right to declare that any move by China to establish a military presence in Vanuatu or elsewhere in the Pacific Islands would be a “potential game changer” for Australia. Australia has two primary strategic interests in the Pacific islands. The first is to ensure “security, stability and cohesion” in the region. The second is to ensure that no power hostile to Western interests establishes a strategic foothold in the region from which it could launch attacks on Australia or threaten allied access to our maritime approaches. While neither China nor any other power presently poses an overt threat to Australia, strategic planners also need to be concerned about this emerging as a plausible potential threat.

Yet Australia’s ability to exercise its influence in pursuit of these strategic interests has never been absolute and is now declining. Yesterday’s report highlights the strategic importance of the Pacific Islands to Australia and provides an opportunity to debate the vital question: is Australia’s approach to the region likely to enhance our influence and serve our interests?

Australia remains the Pacific Islands’ major aid donor, as Bishop reminded our neighbours during her March 2018 visit to Papua New Guinea and Tonga. Australia is also the major trading partner and source of foreign investment for most regional states, as well as the state (alongside New Zealand) most likely to respond in the event of a crisis or natural disaster.

Australia needs to rethink its diplomacy in the region, as well as broader questions about its defence and foreign policies. Both the foreign policy white paper and the 2016 Defence White Paper emphasised the importance of the “rules-based international order”. The phrase has been generally read to mean the “Western” rules and principles established by the United States and its allies after World War II and bolstered by the brief period of American unipolarity following the Cold War.

While the foreign policy white paper recognises that some reform of these rules will be necessary to reflect the rise of non-Western powers, it shows little enthusiasm for changes that undermine the “liberal” – more specifically, economically neoliberal – character of the existing order.

Bishop’s visit to Vanuatu with Prince Charles over the weekend was reportedly intended to demonstrate the merits of a “free and open system of international rules”. This exhibits remarkably little critical reflection about whether the dominant rules-based international order serves the best interests of Pacific Island states, and whether Australia’s behaviour supports its claim to value these rules.

Several aspects of the dominant rules-based international order have been important for Pacific Island states, particularly the principle of the sovereign equality of states, which has largely protected them from foreign incursion and operated as a valuable diplomatic bargaining chip. The UN Convention on the Law of the Sea has recognised and protected (at least in law) their massive maritime exclusive economic zones.

The value of other aspects of the dominant order are more questionable, as is Australia’s adherence to them. For example, Australia promotes trade liberalisation, but overlooks the fact that it can have mixed outcomes for Pacific Island states, particularly as the rules applied to them are often deeply inequitable. For example, when Tonga acceded to the WTO, it did so on almost the worst terms of any member state.

Both Papua New Guinea and Fiji (and now potentially Tonga) have declined to join the Pacific Agreement on Closer Economic Relations (PACER) Plus trade agreement between Pacific Island states, Australia and New Zealand out of concern that it might be economically disadvantageous. Across the region there’s resentment that Australia purports to promote trade liberalisation, yet refuses to substantively liberalise its labour market, which would offer the most developmental benefit to Pacific Island states.

Similarly, Australia reiterated in the foreign policy white paper that it’s “committed to advancing human rights globally”, yet holds children in immigration detention centres in Papua New Guinea and Nauru, where they are subject to abuse. The negative effect of these centres on the local Manus Island and Nauru populations, as well as on democracy and the rule of law in both countries – liberal principles Australia purports to promote – exacerbates the damage to our reputation in the region.

Climate change is another example where the dominant rules-based international order is proving inadequate for Pacific Island states, particularly as some of the main proponents of that order, such as the United States, are now actively seeking to undermine the rules established in the Paris Agreement. The fact that several prominent members of the Australian government continue to advocate for coal-based electricity generation isn’t lost on Pacific Islanders.

While yesterday’s report wasn’t a cause for panic, it should serve as another reminder of the strategic import of the region to Australia and of the need for Australia to rethink its approach if it’s going to have a chance of exercising sufficient influence to pursue its strategic interests in the future.

Critically examining whether the same business-as-usual approach based on promoting the largely neoliberal rules-based international order would be a good place to start. If we don’t do this, then we may find that alternative partners such as China – countries that increasingly play by their own rules and promote their own approaches to international order – change the rules in the Pacific Islands in ways we find difficult to live with.

Joanne Wallis is a senior lecturer in the Strategic and Defence Studies Centre at the Australian National University. Her book, Pacific Power? Australia's Strategy in the Pacific Islands, is out now from MUP Academic