Written by Ausmarine on June 5, 2020. Posted in Ausmarine - Maritime Security. 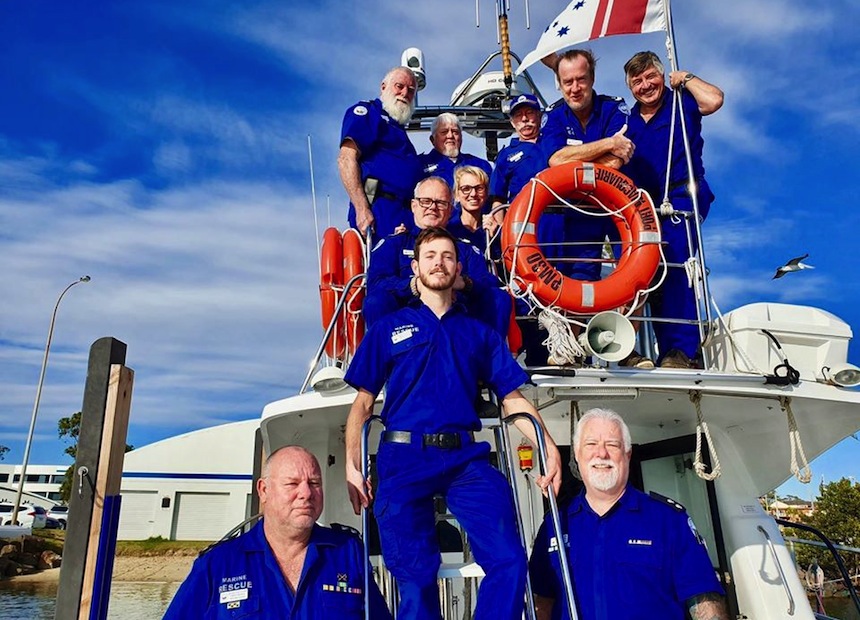 AMSA’s Professional Commendation Award of 2019 has been awarded to volunteers with Marine Rescue Port Macquarie whose brave and courageous efforts saved three lives.

A cruiser had struck rocks, resulting in three crew members being seriously injured. Marine Rescue operators applied local knowledge to locate the vessel, before sailing to the cruiser to secure a tow line. Two crew boarded the vessel to assist, however the vessel began to sink. The crew treaded water in complete darkness, while keeping a patient with spinal injuries afloat until a rescue vessel arrived.

“This volunteer rescue team risked their own lives to bring all three men to safety,” said AMSA.

The awards are in recognition of “outstanding contribution to search and rescue” within the Australian region, during the financial year period, and are announced yearly.