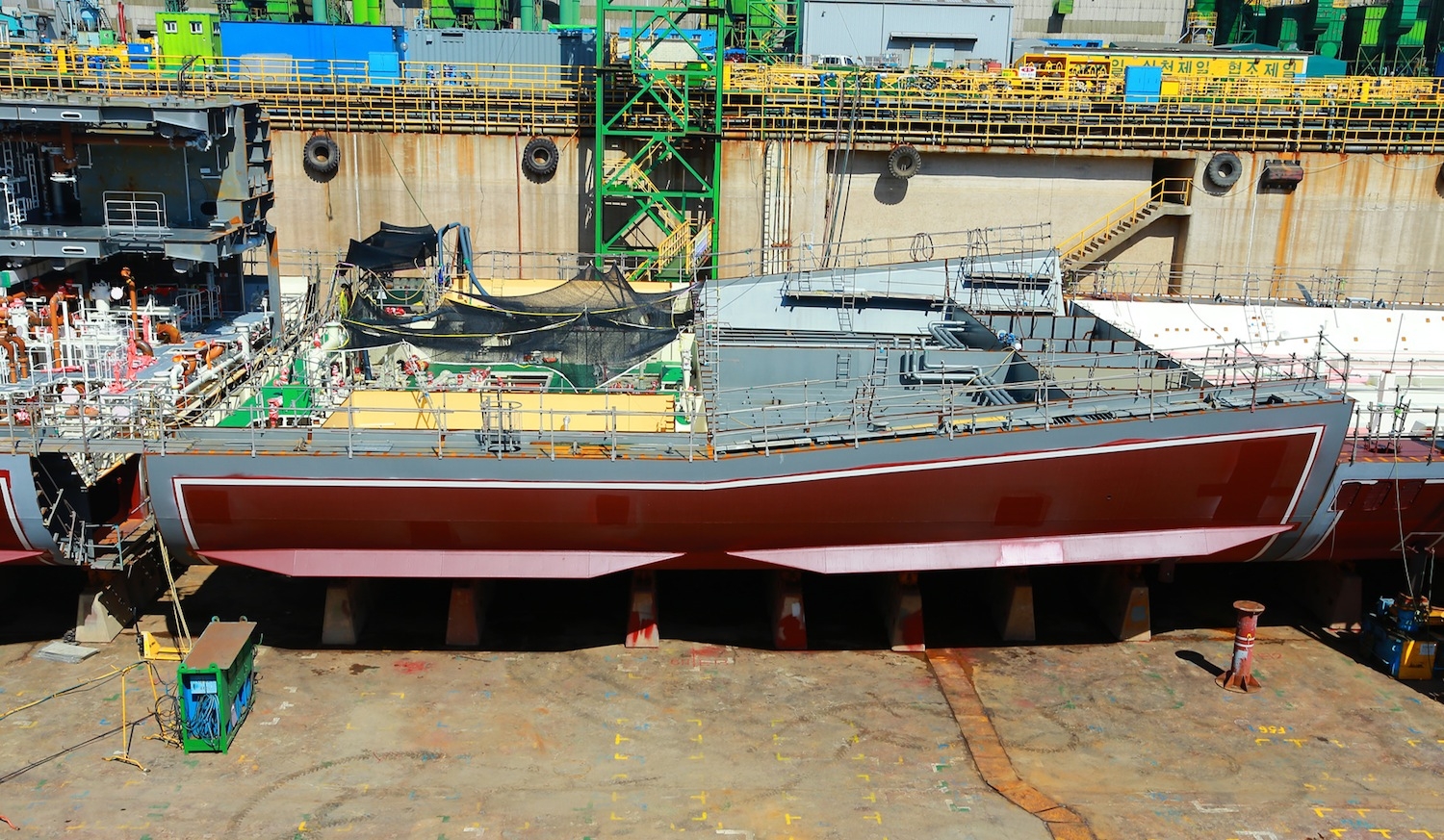 The keel-laying ceremony for the future 173.2-metre HMNZS Aotearoa has been held at the Hyundai Heavy Industries shipyard in Ulsan, South Korea.

Aotearoa’s keel laying consisted of more than 500 tonnes of carefully constructed keel blocks being positioned together in the dry dock, where she will continue to expand upwards and outwards until her launch date early next year.

Aotearoa represents the first of a new fleet of RNZN ships built specifically to address the global requirements of the New Zealand Defence Force and partner government agencies, for deployment from Antarctica to the Arabian Gulf. She will provide refuelling services, freshwater generation, significant cargo-carrying capability and the ability to conduct air patrols with an embarked Seasprite or NH90 helicopter.

While she is constructed over the next 12 months her ship’s company will also be assembled, trained and prepared to operate the largest vessel the RNZN has ever had – more than three times bigger than Endeavour, the vessel she replaces.

Her primary purpose is to conduct fuel resupply but she will also be capable of supplying dry goods, water, spare parts or ammunition. Her missions will include humanitarian and disaster relief, support to United Nations security operations, support to a coalition naval task group and Antarctic resupply.