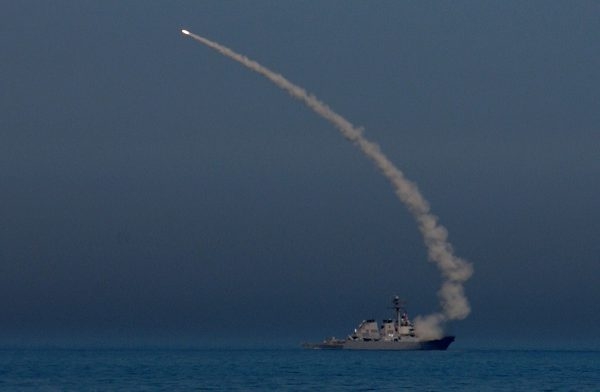 The force structure proposed in the 2016 Defence White Paper lacks a long-range deterrence capability – at least until we get a credible fleet of submarines sometime in the distant 2040s. Short of nuclear threats, which are covered by US extended nuclear deterrence guarantees, Australia is vulnerable to threats at lower levels of hostility. We should address the gap and reinforce conventional systems by acquiring our own long-range, non-nuclear deterrence capability.

We lost such a capability when we retired the F-111C in 2010. The F-35A joint strike fighter has a shorter range than the F-111C (760 nautical miles versus 1,160) and carries a considerably smaller payload. Australian involvement with the Kongsberg joint strike missile project will add a limited medium-range (approximately 150-nautical-mile) strike capability.

Possible future integration of longer range missiles, such as LRASM or JASSM-ER, would extend the F-35’s strike radius further, but at the expense of its stealth. That still wouldn’t allow us to hold at-risk targets in the South China Sea, let alone the Korean peninsula, without access to forward bases. But those bases are likely to be vulnerable in wartime, or may not be available. Alternatively, if we depend on KC-30 tanker support, those platforms may be exposed to unacceptable risks.

“Where does that leave the RAAF?”

The best option to address this capability gap in the short term would be to install land-attack cruise missiles (LACMs) on the Hobart-class air warfare destroyers. Any Australian LACM capability must be very long range, given the growing reach of China’s A2AD (anti-access and area denial) capabilities. The requirement for long range, and the commonality between the US Navy’s systems and the RAN’s new destroyers, mean that it would make sense to buy long-range Tomahawk cruise missiles through the US foreign military sales process rather than trying to integrate a different weapon.

Tomahawks are a mature missile, will remain in the US inventory until 2040, and are set to be given an anti-ship capability among other improvements. A second option would be ship-launched LRASM, which is stealthier than the Tomahawk. However, it’s considerably shorter range would expose the ship to greater risk, and it’s a much less mature capability.

RAN Tomahawks would rely on vital intelligence from the US for pre-launch targeting, at least until Australia could develop its own satellite-based intelligence systems. Furthermore, any purchase would need to meet Australia’s obligations under the Missile Technology Control Regime of 1987. Neither of those issues should be an impediment to acquiring such a capability. If we want a short-term, long-range strike missile, the naval Tomahawk seems an easy choice.

Where does that leave the RAAF? Two options with relevance for the air force emerge in the late 2020s. The first is the potential offered by long-range unmanned combat air systems (UCAS). The UCAS option may be the most cost-effective path to an air force long-range strike, but the risk is that organisational politics and cultural bias in the US military may slow the development of this new capability. The US Defense Department’s decision to ditch the proposed unmanned strike system (UCLASS) in favour of unmanned refuellers (CBARS) suggests that fighter pilots aren’t ready to give up the cockpit yet, and the ‘sixth-generation fighter’ looks set to remain a manned platform.

Second, the US is developing the B-21 “Raider” bomber to replace the B-1B and B-52. It’s a true long-range bomber designed to penetrate deep into 21st-century integrated air defence environments and deliver precision strikes against high-value targets. Andrew Davies has suggested that the B-21 represents an “80 per cent solution” that could be “good enough to get the job done and affordable enough to buy”.

With two important caveats, it’s worth asking whether Australia should consider the B-21 as a future option for the RAAF. The first is whether the US would allow Australia to become involved in a highly classified project like the B-21. Getting an agreement for Australia to participate and potentially buy B-21s sometime in the next decade would have to be considered at the highest levels between Canberra and Washington. The Americans may say no.

The second major factor is cost. The US will seek to avoid the unpleasant experience of the B-2A project, when a classical death spiral of acquisition cuts sent the price per aircraft soaring to US$2.1 billion and only 21 out of a proposed 100 were acquired. With B-21 proponents arguing for a minimum of 164 aircraft to replace the B-1B and the B-52 from the late 2020s, the unit cost must remain stable if that goal is to be realised. The current projected unit cost is US$511 million per aircraft, but the chances of that being realised are very slim. If the unit cost doubles to US$1 billion, 12 B-21s for the RAAF would start at AU$15 billion just for the airframes (based on today’s dollars; the figure will vary depending on exchange rates and other economic factors).

If the unit cost rose, the ADF would have to spend more or get fewer aircraft. Australia would also have to contribute towards developmental funds, and factor in operating costs in terms of flying and maintaining the aircraft. That looks an expensive option, but in reality it’s half the cost of the future submarines, which are a AU$36 billion investment. A commitment to support R&D for the B-21 doesn’t necessarily imply an automatic commitment to buy the aircraft. That would be for a later government to decide. However, making such a bold move would give Australia new options, boost defence industry and provide us with greater access to the US defence science and technology community. That, in turn, would strengthen our alliance relationship, and reinforce deterrence.