Written by Ausmarine on August 12, 2020. Posted in Ausmarine - Maritime Security. 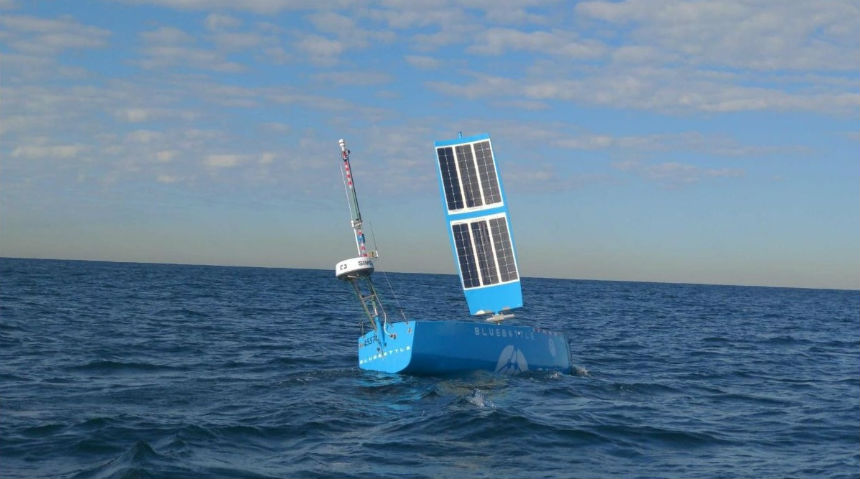 The development follows on from an “on-water” display at Lake Burley Griffin in late 2019 with a national and international audience, including military and government regulators.

“The export potential in South East Asia for maritime security and surveillance, at an affordable price, is enormous,” commented Alan Steber. “This all Australian designed and made innovative USV is unique and will grow in demand including in related fields of fisheries patrol, drug and people smuggling detection, hydrographic surveys and much more.”

AMSA has given approval to operate Bob (and brother Bruce) as domestic commercial vessels, which means they are permitted to operate autonomously out to the extent of Australia’s exclusive economic zone.

Following the successful recent trial, Bob is heading to Darwin to begin logistics and sea trials. The delivery of the Bluebottle Beth in September will be followed by four more of the larger model in 2021, each armed with Thales thin line sonar arrays, radar, cameras and other sensors.