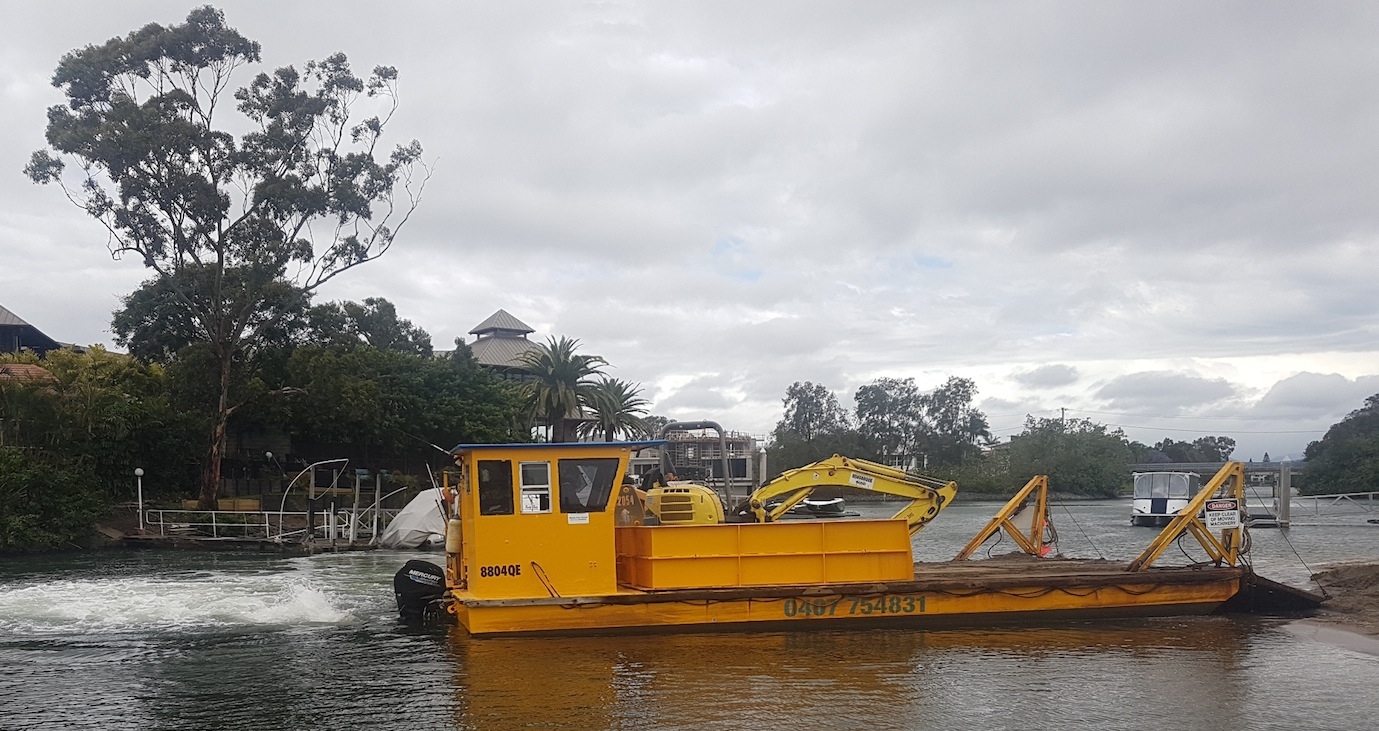 Add them up and the Gold Coast boasts some 400 kilometres of canals, all of which have to be constantly maintained and cleaned.

That’s where the experts at Wingbrook Marine come in, with a fleet of four specialist craft working six days a week to not only rid the man-made waterways of problem vegetation and rubbish but also to maintain the canals’ critical stone revetment walls.

Manager Kevin Adshead oversees a fleet of four dedicated craft – punts and a barge – which can each cover at least 60 kilometres during a six-to-eight hour workday.

One of these is the company work boat, a two- by six-metre aluminium punt which is used to haul up to 17 wheelie bins of rubbish, and is powered by a 75hp (55kW) Mercury outboard that has just notched up 10,000 hours.

“Nothing has been changed or adjusted internally. We just start it up and off she goes.” Kevin said

Kevin has just had to replace the engine’s gearbox, but that it not surprising given the engine goes from forward to reverse close to 200 times a day.

“I plan to replace it with a Mercury SeaPro when the time finally comes but until then I’ll just let it go,” he said. 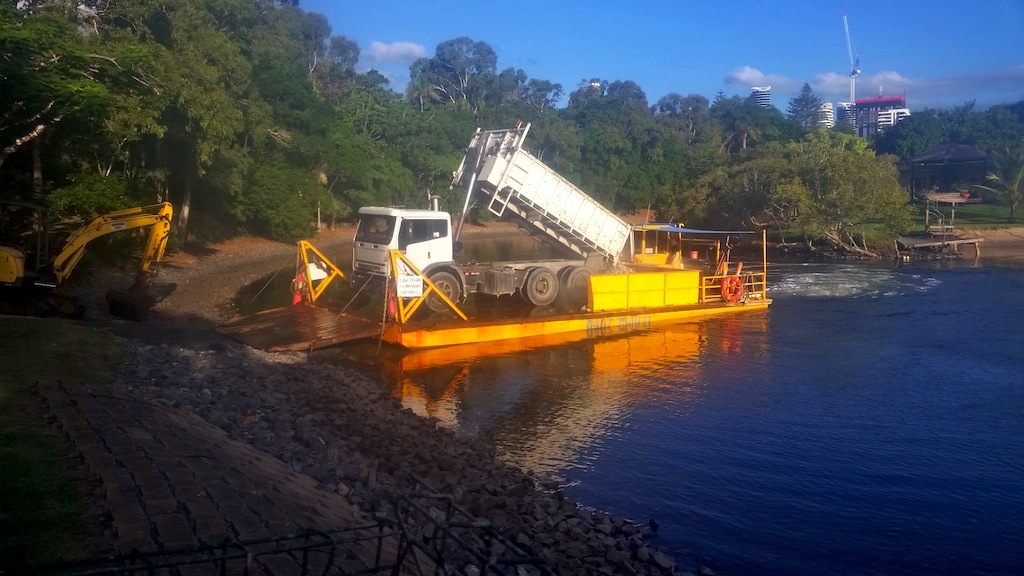 Kevin knows the SeaPro engines well, having fitted a SeaPro 115hp (85kW) four-stroke version onto the company’s barge. This replaced the Mercury 115hp four-stroke which had previously provided more than 5,000 hours of loyal service.

The SeaPro engine has a command thrust gearbox which is specifically designed to provide better performance and control on larger, heavier craft.

“The barge weighs 20 tonnes and is always carrying a six-tonne excavator and a three-tonne bob cat… so about 29 tonnes all up before we load it with rocks or anything,” Kevin explained.

“Since we put the SeaPro on it the characteristics have changed – improved – significantly.”

Paired with a 13-inch stainless steel propeller, the SeaPro gives Kevin and his crew much greater power in the water.

“The reserve thrust we now have is absolutely better; it works really well.”

Going forward has certainly improved too.

“There’s a section of the canal up here that everyone talks about – the Monaco Street Bridge – which has a really powerful tidal flow that runs at five to six knots.

“We can now go through there against the full tide and not worry about it pushing 29 tonnes which is quite something.

“We often work in dirty water up here and the SeaPro has never stalled or stopped.

“This is commercial reality. If this engine breaks down then we don’t get paid,” Kevin said.