Written by Ausmarine on June 1, 2018. Posted in Ausmarine - Fishing and Aquaculture. 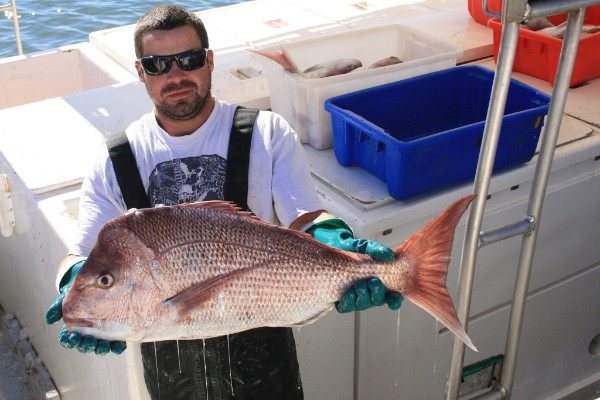 Between June 1 and August 31, the WA State Government is implementing a three-month spatial closure prohibiting commercial, charter and recreational fishers from catching pink snapper. This is to protect key spawning aggregations in the waters surrounding the Northern end of Bernier Island, including Koks Island.

Guy Leyland, acting CEO of WAFIC, the Western Australian Fishing Industry Council, said that while other fish could be targeted and retained, if pink snapper were accidently caught, there is a high chance that they will perish
from hook injuries, barotrauma or shark depredation.

“For the spatial closure to be successful in protecting snapper spawning aggregations, all fishing needs to cease,” Mr Leyland said.

The spatial closure is part of a management package that the commercial industry has proactively promoted. In addition, commercial fishers have requested a significant reduction in quota from 277 tonnes to 50 tonnes. This comes off the back of multiple previous reductions.

“WAFIC would like to emphasise that licence holders are firm in their resolve to protect and recover this fishery despite knowing that over the next two years this measure will result in immediate financial impact and hardship on all fishing operators. It will also restrict the supply of fresh snapper to the local market.

“Most operators have already implemented a voluntary catch reduction.”