Written by Ross Winstanley on August 22, 2018. Posted in Ausmarine - Fishing and Aquaculture. 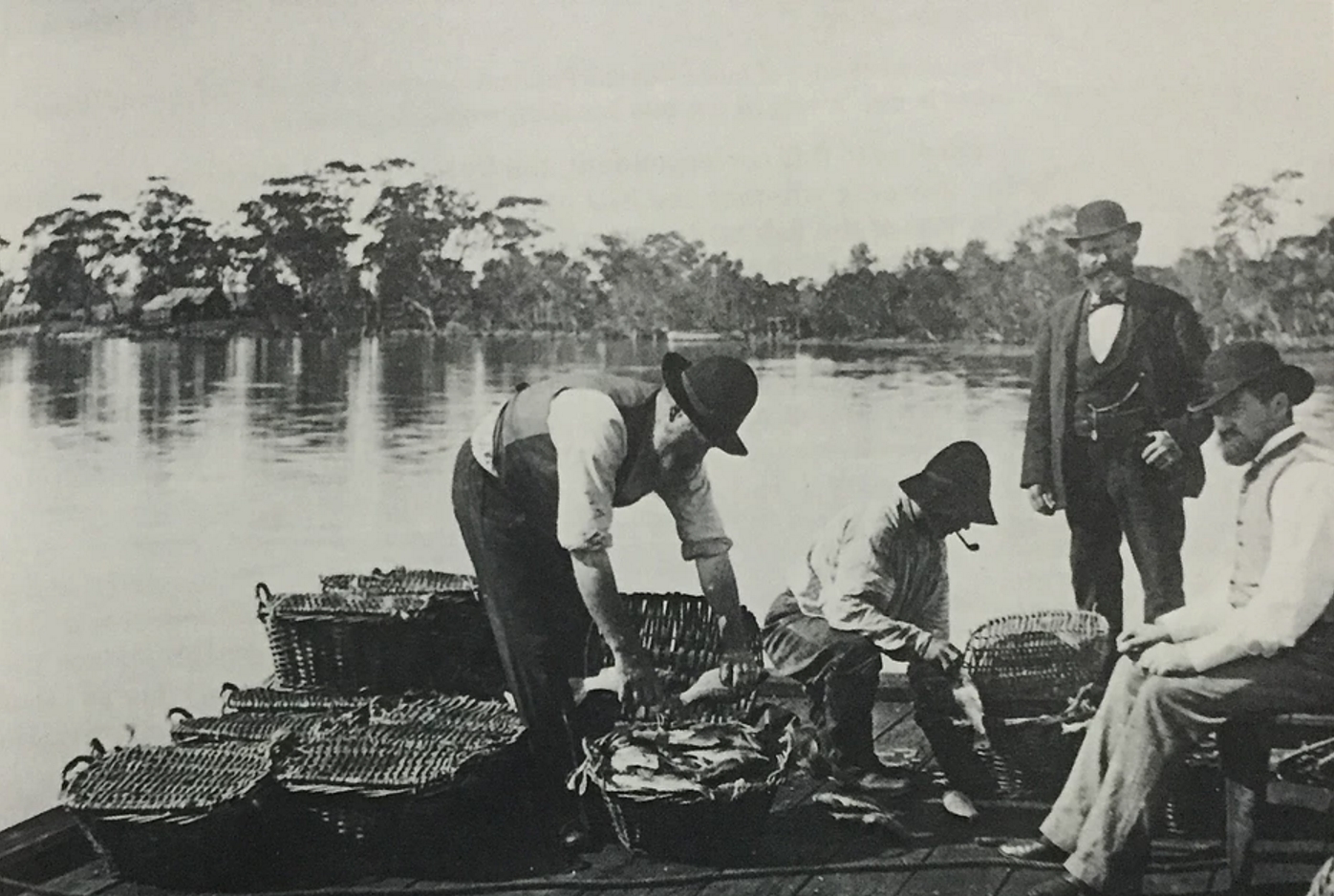 Not content with their exclusive fishing access to every Victorian estuary, recreational fishers are now pushing for the closure of commercial fishing in the Gippsland Lakes.

Today, the Gippsland Lakes commercial fishery is under extreme pressure from recreational fishers and related business interests. Flushed with the success of the 2014 campaign to end commercial net fishing in Port Phillip, these interest groups are pressing the major political parties to bring an end to commercial fishing in the Lakes.

Success for this campaign would mean the end of another 10 perfectly sustainable family fishing businesses and the end of Victorian consumers’ access to black bream.

So, in the lead-up to Victoria’s November election, what positions will the major parties adopt regarding the future of fishing in the Gippsland Lakes?

Victoria’s 23-year record of fisheries and stock assessments have consistently shown the sustainability of the black bream and overall Gippsland Lakes fisheries. Together with environmental assessments of the lakes system, these studies have tracked changes to fish habitats and fish stocks which have been matched with fisheries management changes.

Commercial fishermen have been proactive in initiating some important changes: in 1996 they observed the apparent total loss of juvenile bream throughout the lakes. When surveys drew similar observations, the government introduced emergency controls including tight monthly commercial catch limits and reduced recreational catch limits. Many years earlier, the closure of commercial fishing on weekends and public holidays had a marked effect in easing competition with anglers.

The 1996 event brought about lasting changes: an increase in the legal minimum length for bream and the continuation of reductions in the numbers of commercial fishing licences. Since 1995 alone, the number has been reduced from 21 to 10, mainly as a result of voluntary licence buy-outs.

The most recent estimate of the recreational catch from the lakes was 203 tonnes of bream in 2000/01.

Two comparative studies of the economic values of commercial and recreational fishing in Victoria’s bays and inlets showed no grounds for re-allocating fish resources between the sectors.

In 2017, the Victorian Fisheries Authority conducted detailed assessments of the state’s key marine stocks. To lend additional rigour to the process, interstate fisheries managers and scientists participated in the assessments. Drawing on detailed long-term commercial and recreational fisheries data sets, they found that the combined pressures from fisheries for black bream in the Gippsland Lakes are sustainable, as were the recreational-only fisheries in other eastern and western Victorian inlets.

Their conclusion was that “Appropriate management is in place.”

In contrast, none of the current anti-netting campaigns offer any evidence that commercial fishing is unsustainable or incompatible with angling.  Referring to the state of fish stocks and to angling success, statements such as, “the decline is attributed to commercial fishing,” offer no supporting evidence of declines from fishing or other causes.

Since 1994, VRFish and local anglers have participated in at least seven Gippsland Lakes black bream and fishery assessments, all of which found fishing to be sustainable. When presented with the evidence they agreed with the conclusions and the management implications.

VFA creel surveys show that angling success in the lakes is comparable to success in other East Gippsland inlets where anglers face no “competition” from commercial fishing. The evidence simply confirms what we know about recreational fishing everywhere: the majority of anglers catch very few fish. Removing commercial fishing pressure – spread across 20 fish species – would not alter that reality.

The economic importance of recreational fishing to the Gippsland Region, including tourism, is widely acknowledged. While the anti-netting campaigns claim that these benefits are threatened by commercial fishing, the VFA’s 2017 assessment shows that this is plainly untrue.  In fact, the full social and economic value from fisheries in the Gippsland Lakes can only continue if the viable commercial fishery is retained.  This has to be good news for government, seafood consumers and the wider Victorian community.

Victorian seafood consumers’ keenness for bream can be seen in the prices they’re prepared to pay: about $30/kg which is more than they’ll pay for snapper.

Anyone who has read reports of fishing offences in Victoria might recall the prevalence of illegal gill-netting in rivers and streams around the bays, inlets and coastline. Whether in the Werribee, Paterson or Tambo rivers, the main target for these activities is black bream. This is a reflection of high prices and an unmet market demand for the species.

Speaking of markets, there’s more at stake here than 300 tonnes of fresh fish annually. The Lakes Entrance Fishermens Co-op is a major source of Victorian and inter-state fish supplies. The Co-op operates on very thin financial margins and closure of the lakes fishery would seriously threaten its continued viability. As a popular direct outlet for fresh fish, the Co-op shop depends on the lakes fishery. Without that fishery the shop would be likely to close as trawl-caught fish can be unavailable for weeks at a time during unfavourable seasonal conditions offshore.

In 2014, the major political parties bowed to pressure from recreational fishing interests and committed to banning the commercial net fishery in Port Phillip. They did so without any consideration of the proven sustainability of that fishery.

Faced with similar pressures in 2018, what will the major parties do? Will they seek balanced evidence-based policy advice from the VFA?  If so, what advice will they receive and how will they balance this against pressure from recreational fishing interests?

The outcomes will be revealed in the next couple of months.