Written by SETFIA on August 22, 2017. Posted in Ausmarine - Fishing and Aquaculture. 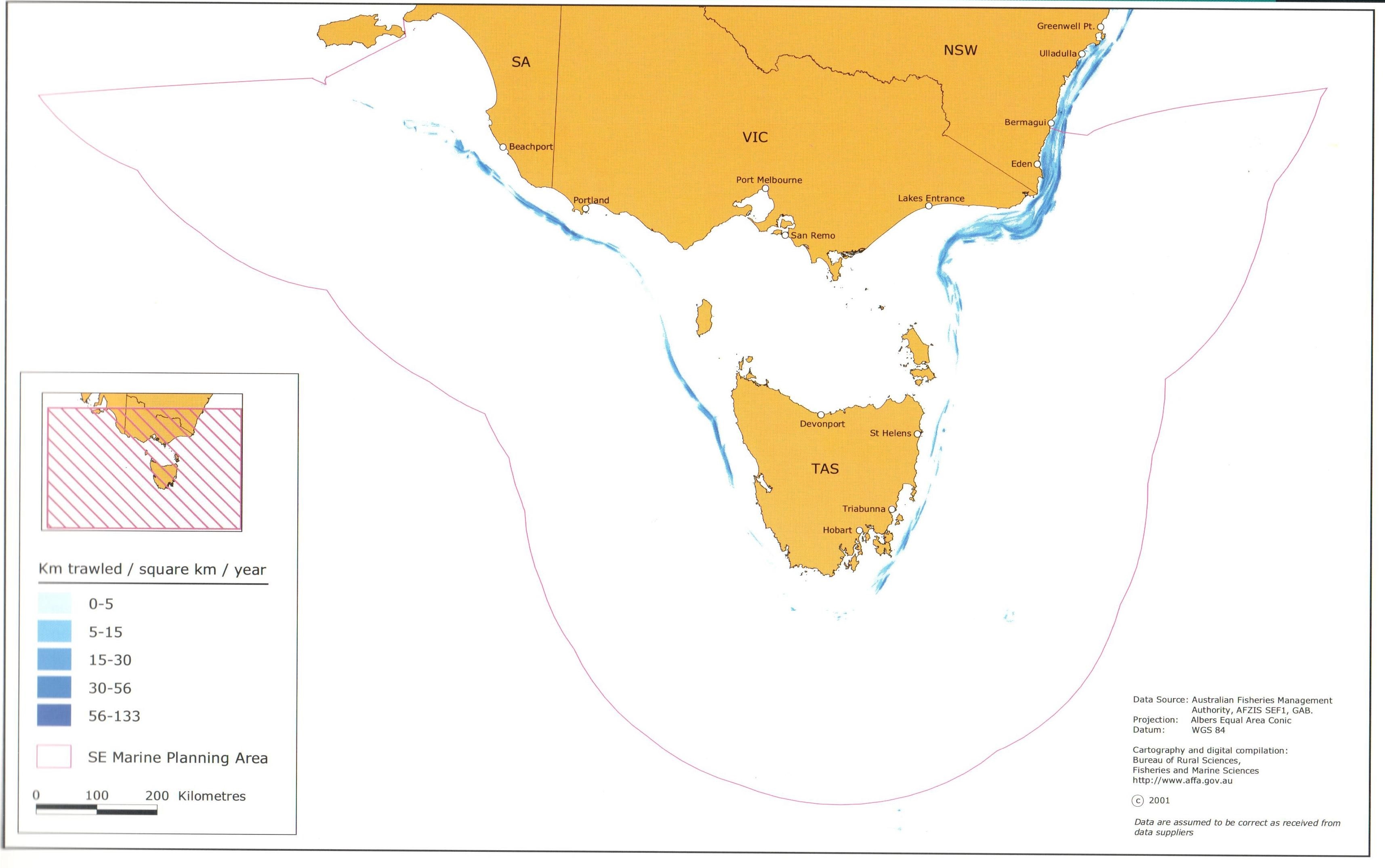 Twenty per cent of the fish eaten globally are caught by bottom trawling, however, bottom trawling has been criticised for its effects on the marine environment.

The most common form of bottom trawling is otter board trawling.  This “board trawling” uses two “doors” or otter boards to create a spreading force. Fish are then herded by wires (known as sweeps) that run along the bottom until eventually they tire and drop back where they are caught in the net.

An international group has taken a closer look at how bottom trawling affects the seabed. The analysis looked at 70 previous studies of bottom trawling, including work from Australia. It found that otter board trawling, the more damaging of the two bottom trawling methods used in south east Australia, removed only six per cent of animal and plant life on the seabed each time the net passes. The study, led by Bangor University in the UK, was published in July in the Proceedings of the National Academy of Sciences.

These findings that the impact of trawling is nowhere near as bad as some groups would have you believe are in line with detailed seabed mapping conducted by the CSIRO in south east Australia.

In this work CSIRO developed maps of where habitat forming bottom invertebrate groups (animals without backbones) occur based on previous surveys and computer modelling with depth, sediments, currents, temperature, nutrients and others. They created a map of 15 different seafloor habitat types, or “assemblages”, obtained from existing survey data for all fishes, using invertebrates as indicators of different types of habitat and by again using computer modelling of environmental variables like depth. Then they overlaid a map of the trawl fishery’s swept area. This was possible because South East Trawl vessels log and record the position and width of their fishing gear each time they shoot and haul their net.

The CSIRO work found that only six per cent of the seafloor in south east Australia is trawled annually because trawling is aggregated into a small area. Some assemblages of invertebrates are not ever trawled because the area of seafloor where they live is either closed by fishery closures, protected by marine parks or is not trawled because it is unproductive or too rough. 44 per cent of the region is closed to trawling through fishery closures (39 per cent) and marine parks (nine per cent) with some overlap.

They found that all groups of seafloor invertebrates declined after trawling started to a low point around the year 2005 when these invertebrates reached 80 to 93 per cent of their un-trawled abundance. Closures, marine parks and licence buy-backs contributed to the recovery of invertebrates by one to three per cent increasing their abundance to 82 to 94 per cent of their un-trawled state. Licence buybacks improved the status of all groups and closures contributed for most groups. However, most fishery closures and marine parks had little detectable influence on the abundance of invertebrates.