Written by Ausmarine on November 7, 2017. Posted in Ausmarine - Fishing and Aquaculture. 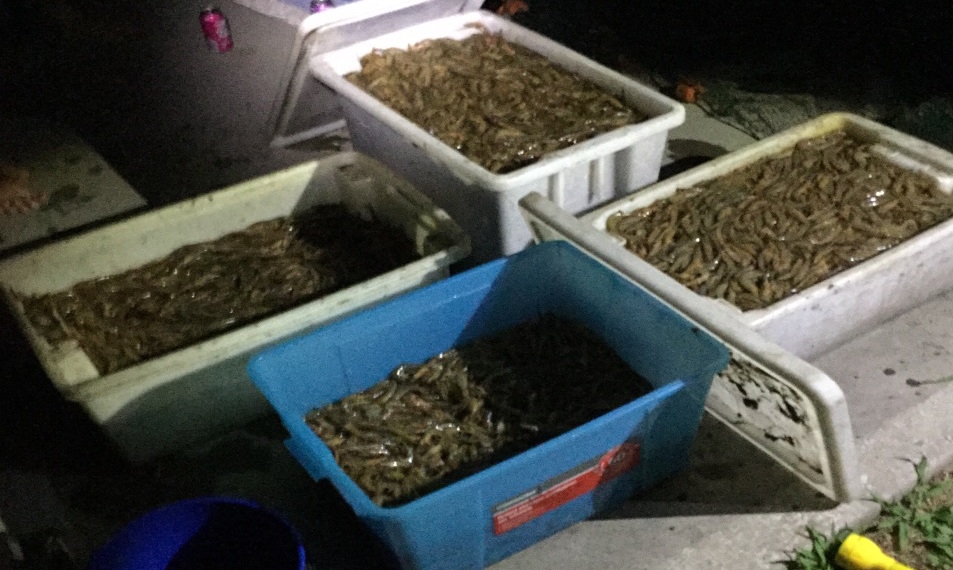 Two men have pleaded guilty to multiple fisheries offences after being found in joint possession of approximately 240 litres of prawns, which were taken from Lake Wollumboola, Culburra Beach, NSW.

DPI Supervising Fisheries Officer, Emma Corfield, said officers seized the prawns and discovered the men did not hold current General Recreational Fishing Fee receipts. The men had also been using nets that did not comply with the regulation.

“The possession limit for prawns is 10 litres per person and the hand hauled prawn net used by the men had a section of mesh below the prescribed mesh size of 30 to 36mm,” Ms Corfield said.

“The men were both prosecuted for three offences under the Fisheries Management Act 1994.”

One of the men, a 30 year-old from Unanderra, had previously been issued with a field caution for a minor offence.

“He pleaded guilty in Wollongong local court on September 28 to possessing more than the possession limit, unlawful use of net and failing to pay fishing fee,” Ms Corfield said.

The second man was a 22 year-old, first time offender, also from Unanderra.

“He pleaded guilty in Wollongong local court to charges of possessing more than the possession limit, unlawful use of net and failing to pay fishing fee,” Ms Corfield said.