Written by Ausmarine on March 16, 2020. Posted in Ausmarine - Fishing and Aquaculture. 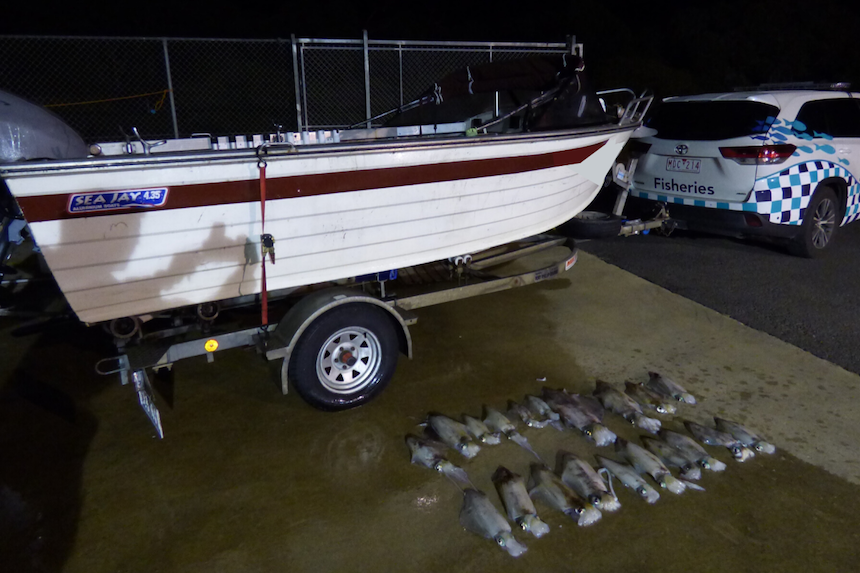 A St Albans man who took 96 calamari over three fishing trips near Queenscliff last Spring has been convicted, prohibited from fishing for six months, fined $750 and forfeited his 4.35-metre aluminium boat worth $8,000.

Fisheries Officers observed the man on three separate days in October 2019, during Operation Focus, take more than the calamari catch limit, which is 10 per person per day.

“On one occasion, the man made two trips in a day with his wife. On the first trip he was observed taking five calamari in the morning. He launched his boat again in the afternoon and took another 17 calamari, including five from within the Port Phillip Heads Marine National Park, where fishing is not permitted.

“A week later, the man took eight calamari in the early morning. He returned to the boat ramp to collect his wife, took another eight, then retrieved his boat and left Queenscliff. In the afternoon, he returned with his wife and took 17 more, making 33 calamari for the day.

“On a third occasion, the man took 18 calamari in the morning, retrieved his boat and travelled to Melbourne. He returned in the afternoon with his wife and took 23 more, making 41 in total.

“Soon after, Fisheries officers intercepted him at the boat ramp where he initially claimed the calamari were all they’d caught that day and were taken by himself and his wife. However, during a subsequent formal interview the man admitted to taking all the calamari himself and being fully aware of the daily bag limit.”

Mr Parks said multi-tripping to exceed the daily catch limit and appear compliant at the boat ramp is a deliberate and serious attempt to deceive and is unfair to legitimate recreational and commercial fishers who abide by the rules.

“Victoria boasts excellent calamari fisheries along the coast, including Port Phillip Bay, and we want to keep it that way for a species that continues to grow in popularity, both for bait and human consumption.”