Written by Ausmarine on March 19, 2019. Posted in Ausmarine - Fishing and Aquaculture. 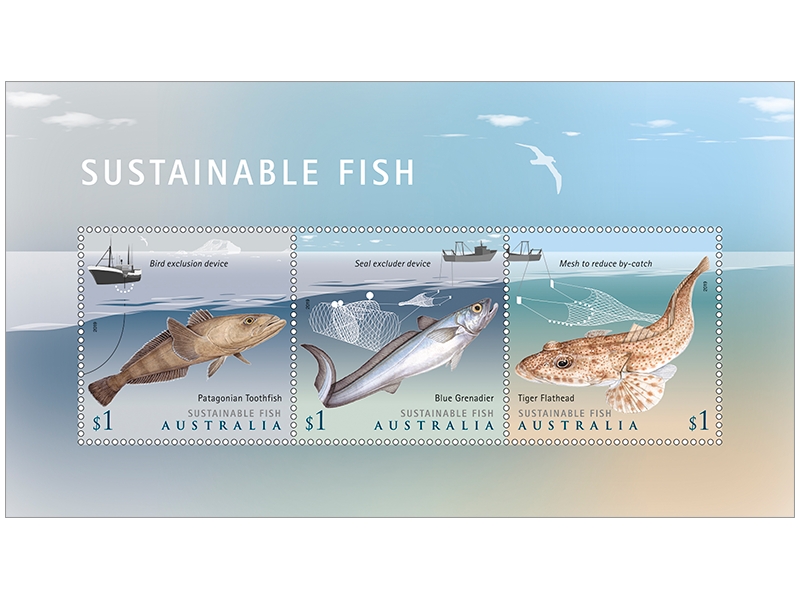 Australia Post has issued three new stamps presenting three species of fish that are classified as sustainable in Australia, either by the Marine Stewardship Council and/or the national Status of Australian Fish Stocks reports.

Stamp illustration is by Dr Lindsay Marshall, a natural history artist and a shark scientist. As well as an illustration of each fish species, in the background is a simplified graphic of a technique deployed in commercial fisheries to minimise environmental impacts.

The three stamps are: 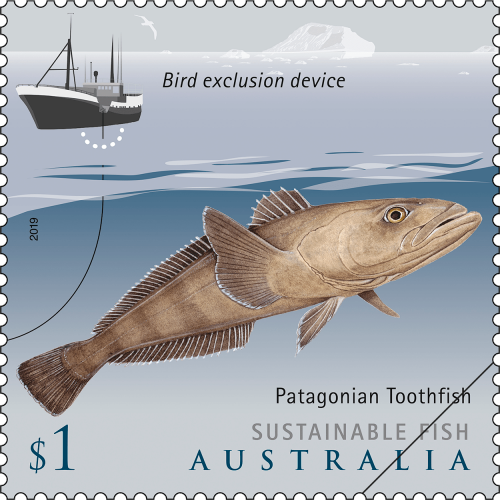 The Patagonian Toothfish (Dissostichus eleginoides) is a large and slender deep-water species. It can grow to up to around two metres in length and 200 kilograms in weight. (Females grow larger than males.) Patagonian Toothfish are so named for the sharp teeth on their upper jaw and the fact that they were first fished in waters off Patagonia, Chile. 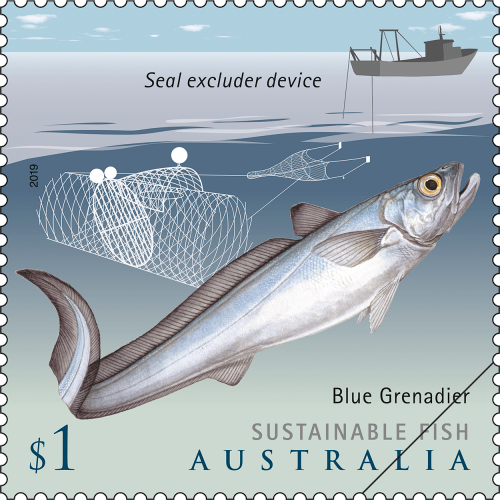 Also known as “hoki”, Blue Grenadier (Macruronus novaezelandiae) is a bottom-dwelling deep-water fish found in temperate marine waters of New Zealand and Australia (in the waters off southern Australia, from New South Wales to Western Australia, including around the coast of Tasmania). The Blue Grenadier can reach a size of around 110 centimetres in length and six kilograms in weight. It has a long, slender silvery-blue body. 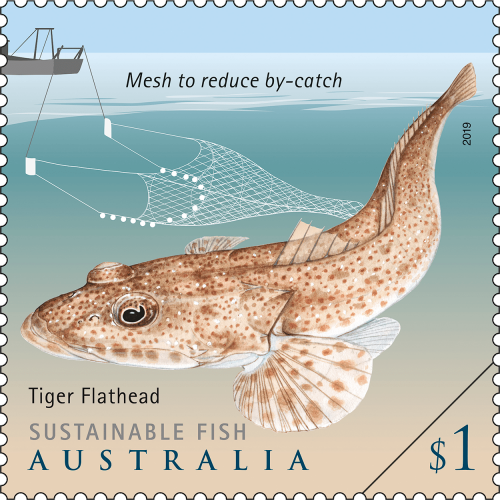 Tiger Flathead (Platycephalus richardsoni) is a greyish-brown flathead with many small orange to reddish-orange spots, and often several large greyish blotches along the mid-sides. The fins are spotted, too. It has a large flattened head with low ridges. Tiger Flathead is endemic to Australia and distributed from northern New South Wales to western Victoria, including Tasmanian waters.