A wake-up call for recreational fishing in Australia

Written by Ross Winstanley on March 19, 2019. Posted in Ausmarine - Fishing and Aquaculture. 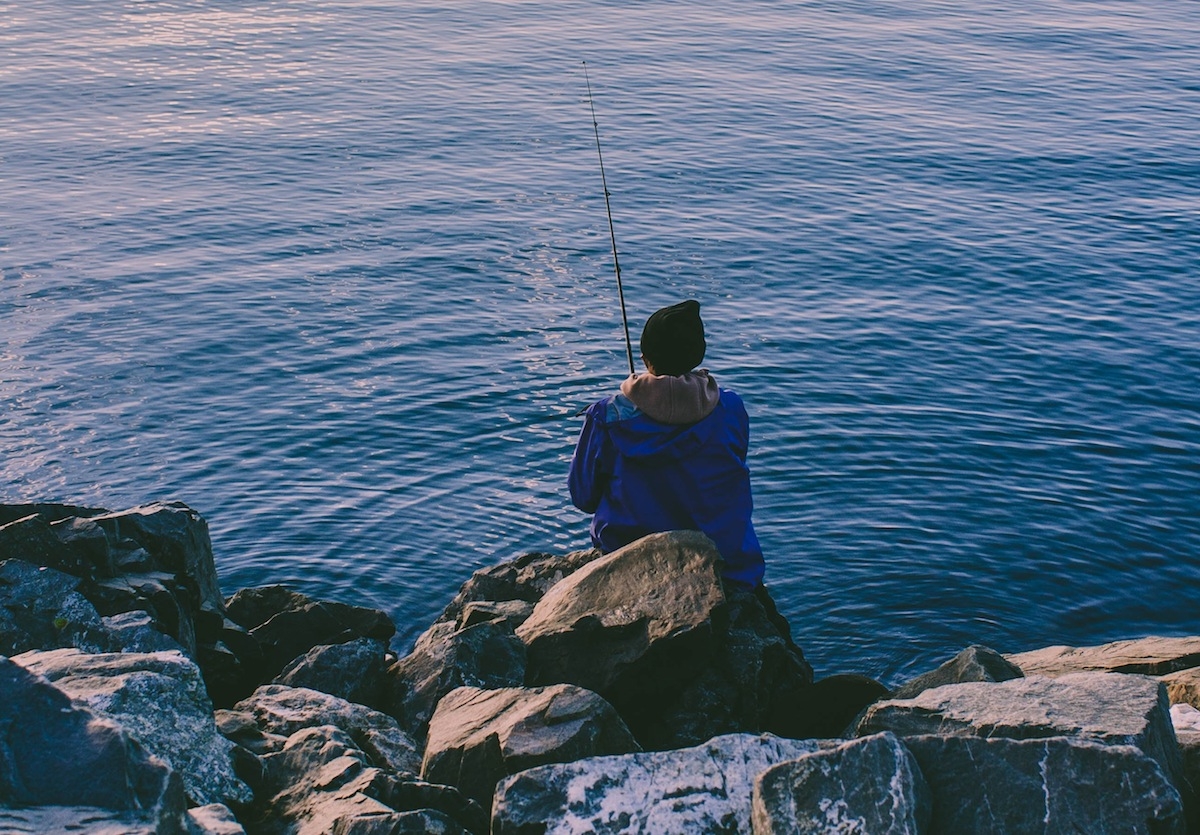 Recreational fishing in Australia faces an interesting challenge: a recent decline in the community’s view of its sustainability.  While community perceptions of commercial fishing’s sustainability sit at a lower level, the industry has invested heavily – and with some success – in maintaining public support.  It would be risky for recreational fishing to ignore the current trend in community perceptions and the possible consequences for one of our favourite pastimes.

Since the 2000-01 National Recreational Fishing Survey, statewide surveys have shown declining participation rates in recreational fishing around Australia.  Despite population growth, fewer people are fishing and the numbers of fish they catch are declining.  For example, a NSW statewide survey estimated that, along with declining fisher numbers, between 2000/01 and 2012/13, the numbers of every targeted scalefish, including stocked species, decreased. In Tasmania, across three surveys since 2000/01, participation fell by 22 per cent and the total number of fish caught fell by 35 per cent.  Between 1996 and 2014, Queensland’s participation rate has fallen from 28 per cent to 15 per cent.

For 20 years or more, recreational fishers have been alert to overseas pressures that could pose threats to their activities here. For example, the rising pressure from the animal rights movement and bans on catch and release fishing in some European states have aroused attention in Australia. These factors have helped to motivate fishers, working with governments, to develop fishing and fish-handling practices and fishing regulations aimed at harm-minimisation at the level of fish stocks, individual fish and the environment. All of this is to the great credit of the recreational fishing community. The question is, what has the wider Australian community made of it?

Australia’s commercial fishing industry is engaged in continual efforts to improve community support and recognition of its gains in areas of environmental and fish resource sustainability. Ensuring the health and productivity of fish resources involves continuous investment in technology, fishery monitoring, stock assessment and management, with much of the costs borne by the industry. Equally challenging is raising community awareness of achievements made in these areas and what this represents in terms of ongoing investment by the industry.

To measure how effectively the industry performs in maintaining public support, the Fisheries Research and Development Corporation (FRDC) has been tracking perceptions of the industry through a series of community surveys since 2011. Combined with a 2002 pilot “community perceptions” study, these surveys compare trends in how Australians view the sustainability of commercial “wild catch” fishing, recreational fishing, traditional fishing and aquaculture. The 2018 survey showed that recreational fishing is one of three sectors currently showing a downward trend in sustainability as viewed by the community.

While fewer in the community view commercial fishing as operating sustainably, it is the only sector to have maintained a stable image throughout the 16-year period of these surveys. This has not happened by accident: the commercial fishing industry has invested heavily – and with some success – in maintaining its level of public support. The 2018 survey indicated that, while 11 per cent of Australians are aware of the industry’s efforts to improve its level of sustainability, the majority (57 per cent) are unaware of details, but assume that “something is being done”.

The industry works independently as well as with governments in several ways to demonstrate its sustainability. Environmental management plans, codes of practice and third party accreditation are some of the measures increasingly adopted and publicised during the past 20 years. Whatever the industry is doing, it is succeeding in holding the line, unlike the other sectors. The recreational fishing sector could learn a lot from the commercial fishing industry.

Reaching out to public opinion

If they’re aware of it, most recreational fishers are indifferent to the downward national trend in participation: who wants to see more competition on the water, at the boat ramp and on the jetty?

Fisheries agencies enable participation through programs such as fishing clinics, schools programs and information services and by providing catch shares and access as required under government policies. The current Victorian Government goes the extra step by actively promoting fishing participation through its Target One Million program, with the aim of boosting adult fisher numbers to one million.

Recreational fishing bodies work independently and with governments in many of these programs and through promoting responsible fishing behaviour, humane fishing practices, safety and respect for other resource users.  Anglers are increasingly involved in meaningful fish habitat restoration works, such as river re-snagging and shellfish reef recovery programs.

The recreational fishing industry engages with many of these programs, directly or through sponsorships. It also actively promotes fishing, for instance through media programs, statewide and local fishing shows, and fishing tournaments.

However, recreational fishers and their allied industry do little that reaches out with the aim of building community confidence in the sustainability of recreational fishing. Instead, around Australia their political activism has been rewarded by the closure of competing – and sustainable – inshore commercial fisheries, effectively gifting them sole fishing access. Few recreational fishers realise the privilege they have been granted, believing these re-allocations to be their right. Privilege or right, it would be a mistake to assume that this has gone unnoticed by the majority of Australians, most of whom are seafood consumers.

What’s behind the trend?

Despite the popularity and recognised quality of “farm fishing” produce, it is not hard to think of factors contributing to the downward trend in the perceived sustainability of aquaculture. Serious events from several states have resulted in prominent mainstream media coverage nation-wide: Pacific oyster mortality syndrome (POMS), diseased prawn farm closures and mass fish mortalities and environmental contamination from sea-cage farming.

Negative perceptions about commercial fishing abound and receive widespread publicity. On top of well-described Australian examples, the industry suffers from conflation with prominently described negative aspects of overseas fisheries. Actions to stabilise and rebuild our overfished stocks and to minimise environmental harm are not as well publicised as the conditions they seek to address. Effective responses help to maintain public support but require significant investment (eg Marine Stewardship Council certification) and persistence (eg promotion of seafood health benefits).

It’s not so easy to identify what’s behind the post-2013 decline in the community’s view of recreational fishing. Perceptions of cruelty and excessive catches are not new and the sector has worked closely with governments for over 20 years to improve fishing’s conduct and image. Working collaboratively, the sector has tightened catch limits, promoted humane fish handling methods and strengthened controls of fishing competitions and tournaments. However, while these measures are well publicised among the fishing fraternity, they may not earn credit with the wider community.

Genuine advances in responsible fishing can be undermined by publicity given to one-off events such as the 650kg marlin suspended from a gantry, accompanied by the RSPCA’s reminder of their anti-game fishing policy.

What the 90 per cent or so of Australians who eat seafood see is dwindling access to their local sources of fresh fish as governments heed calls from anglers to close inshore commercial fisheries. This process, too, has been ongoing for many years but recent prominent examples, amplified through mainstream and social media coverage, have heightened public awareness.

Over many years, governments’ huge and well publicised investments in supporting recreational fishing have been justified partly on the basis of the social and economic benefits flowing from fishing. In an era of increasing application of user-pays, the large majority of Australians who seldom if ever fish may be beginning to question this as a valid use of public resources.

How will the recreational sector respond?

Politically, around Australia, recreational fishing currently enjoys a healthy level of recognition and support. However, with trends in public perception and fishing participation heading in the same direction, the sector faces a wake-up call, if not a real challenge.

In the report of their 2002 FRDC-supported study, Community perceptions of fishing: implications for industry image, marketing and sustainability, Heather Aslin and Ian Brown wrote, “Without baseline understanding of public perceptions of the industry, industry plans, strategies, and communication and extension activities cannot take into account existing public concerns or knowledge levels. ….To effectively inform, educate and communicate with the public, the industry needs an understanding of what the public currently knows and whether this knowledge is accurate and up-to-date.  The industry also needs to know where the public obtains its information so it can target its communication strategies into appropriate communication channels and use appropriate media.”

In keeping with this assessment, targeted community surveys and communications have guided commercial fishing’s response to both emerging and persistent challenges. How and when will the recreational sector respond to their challenges and who will take the lead?

Most avid and rusted-on recreational fishers aren’t concerned that participation is declining and will be indifferent to the level of public funding; they’ll back their own ability to carry on successfully. Also, unlike Victoria, most governments around Australia aren’t driven to increase fisher numbers, so the main incentives to turn the perception and participation trends around lie with the fishing tackle, boating, tourism and other allied industries, and with fishers’ representative bodies whose political influence depends on numbers.

If these trends continue unchecked, carrying on in a bubble of indifference carries a real risk. The commercial sector has demonstrated how, working with social science and public opinion survey professionals, there are paths to – at least – halting the community’s declining view of recreational fishing.

In terms of individual and community health and social benefits, there’s a lot for the sector to work with in effectively selling the true value of recreational fishing to Australia.